The Wrack of the Storm 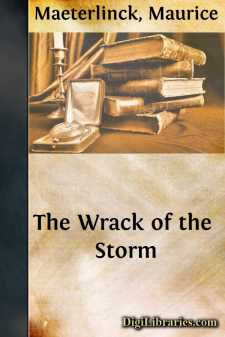 I AFTER THE VICTORY 1

At these moments of tragedy, none should be allowed to speak who cannot shoulder a rifle, for the written word seems so monstrously useless, so overwhelmingly trivial, in front of this mighty drama which shall for a long time, it may be for ever, free mankind from the scourge of war: the one scourge among all that cannot be excused, that cannot be explained, since alone among all it issues entire from the hands of man.

But it is while this scourge is upon us, while we have our being in its very centre, that we shall do well to balance the guilt of those who have committed this inexpiable crime. It is now, while we are in the thick of the horror, undergoing it, feeling it, that we have the energy, the clear-sightedness needed to judge it; from the depths of the most fearful injustice justice is best perceived. When the hour shall have come for settling accounts—and it will not long delay—we shall have forgotten much of what we have suffered and a blameworthy pity will creep over us and cloud our eyes. This is the moment, therefore, for us to frame our inexorable resolution. After the final victory, when the enemy is crushed—as crushed he will be—efforts will be made to enlist our sympathy, to move us to pity. We shall be told that the unfortunate German people were merely the victims of their monarch and their feudal caste; that no blame attaches to the Germany we know, which is so sympathetic and so cordial—the Germany of quaint old houses and open-hearted greeting, the Germany that sits under its lime-trees beneath the clear light of the moon—but only to Prussia, hateful, arrogant Prussia; that the homely, peace-loving, Bavarian, the genial and hospitable dwellers on the banks of the Rhine, the Silesian and Saxon and I know not who besides—for all these will suddenly have become whiter than snow and more inoffensive than the sheep in an English fold—that they all have merely obeyed, have been compelled to obey orders which they detested but were unable to resist. We are face to face with reality now; let us look at it well and pronounce our sentence; for this is the moment when we hold the proofs in our hands, when the elements of crime are hot before us and shout out the truth that soon will fade from our memory. Let us tell ourselves now, therefore, now, that all that we shall be told hereafter will be false; and let us unflinchingly adhere to what we decide at this moment, when the glare of the horror is on us.

It is not true that in this gigantic crime there are innocent and guilty, or degrees of guilt. They stand on one level, all those who have taken part in it. The German from the North has no more special craving for blood and outrage than he from the South has special tenderness or pity. It is, very simply, the German, from one end of his country to the other, who stands revealed as a beast of prey which the firm will of our planet finally repudiates. We have here no wretched slaves dragged along by a tyrant king who alone is responsible....