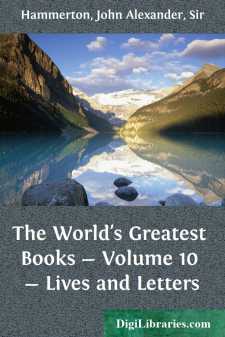 All human eloquence, among all peoples and in all times, may be summed up as the quarrel of Right against Law.

But this quarrel tends ever to decrease, and therein lies the whole of progress. On the day when it has disappeared, civilisation will have attained its highest point; that which ought to be will have become one with that which is; there will be an end of catastrophes, and even, so to speak, of events; and society will develop majestically according to nature. There will be no more disputes nor factions; no longer will laws be made, they will only be discovered. Education will have taken the place of war, and by means of universal suffrage there will be chosen a parliament of intellect.

In that serene and glorious age there will be no more warriors, but workers only; creators in the place of exterminators. The civilisation of action will have passed away, and that of thought will have succeeded. The masterpieces of art and of literature will be the great events.

Frontiers will disappear; and France, which is destined to die as the gods die, by transfiguration, will become Europe. For the Revolution of France will be known as the evolution of the peoples. France has laboured not for herself alone, but has aroused world-wide hopes, and is herself the representative of all human good-will.

Right and Law are the two great forces whose harmony gives birth to order, but their antagonism is the source of all catastrophe. Right is the divine truth, and Law is the earthly reality; liberty is Right and society is Law. Wherefore there are two tribunes, one of the men of ideas, the other of the men of facts; and between these two the consciences of most still vacillate. Not yet is there harmony between the immutable and the variable power; Right and Law are in ceaseless conflict.

To Right belong the inviolability of human life, liberty, peace; and nothing that is indissoluble, irrevocable, or irreparable. To Law belong the scaffold, sword, and sceptre; war itself; and every kind of yoke, from divorceless marriage in the family to the state of siege in the city. Right is to come and go, buy, sell, exchange; Law has its frontiers and its custom-houses. Right would have free and compulsory education, without encroaching on young consciences; that is to say, lay instruction; Law would have the teaching of ignorant friars. Right demands liberty of belief, but Law establishes the state religions. Universal suffrage and universal jury belong to Right, but restricted franchise and packed juries are creatures of the Law.

What a difference there is! And let it be understood that all social agitation arises from the persistence of Right against the obstinacy of Law. The keynote of the present writer's public life has been "Pro jure contra legem"--for the Right which makes men, against the Law which men have made. He believes that liberty is the highest expression of Right, and that the republican formula, "Liberty, Equality, and Fraternity," leaves nothing to be added or to be taken away....