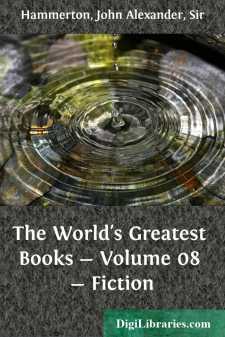 In mentioning "Quentin Durward" for the first time Scott speaks of himself as having been ill, and "Peveril" as having suffered through it. "I propose a good rally, however," he says, "and hope it will have a powerful effect. My idea is a Scotch archer in the French King's guard, tempore Louis XI., the most picturesque of all times." The novel, which is by many considered one of the best of Scott's works, was published in June, 1823. It was coldly received by the British public, though it eventually attained a marvellous popularity. In Paris it created a tremendous sensation, similar to that produced in Edinburgh by the appearance of "Waverley." It was Scott's first venture on foreign ground, and the French were delighted to find Louis XI. and Charles the Bold brought to life again at the call of the Wizard of the North. The delineations of these two characters are considered as fine as any in fiction or history.

It was upon a delicious summer morning that a youth approached the ford of a small river, near the Royal castle of Plessis-les-Tours, in ancient Touraine.

The age of the young traveller might be about nineteen or twenty, and his face and person were very prepossessing. His smart blue bonnet, with sprig of holly and eagle's feather, was already recognised as the Scottish headgear.

Two persons loitered on the opposite side of the small river and observed the youth. "Hark, sir, he halloes to know whether the water be deep," said the younger of the two.

"Nothing like experience in this world," answered the other, "let him try."

The young man receiving no hint to the contrary entered the stream, and to one less alert in the exercise of swimming death had been certain, for the brook was both deep and strong. As it was, he was carried but a little way from the ordinary landing-place.

But the bonnie Scot turned wrathfully on the younger of the strangers for not warning him of the stream, and only the reproof of the elder prevented a violent quarrel.

"Fair son," he said, "you seem a stranger, and you should recollect your dialect is not so easily comprehended by us."

"Well, father," answered the youth, "I do not care much about the ducking I have had, provided you will direct me to some place where I can have my clothes dried, for it is my only suit, and I must keep it somewhat decent."

"For whom do you take us, fair son?" said the elder stranger.

"For substantial burgesses," said the youth. "You, master, may be a money-broker or a corn-merchant."

"My business is to trade in as much money as I can," said the elder, smiling. "As to your accommodation we will try to serve you. It is but a short walk from hence to the village. Let me know your name, and follow me."

"My true name when at home is Quentin Durward," said the youth.

Proceeding along a path they came in sight of the whole front of the Castle of Plessis-les-Tours.

"I have some friend to see in this quarter," said Durward. "My mother's own brother, Ludovic Lesly--an honest and noble name."