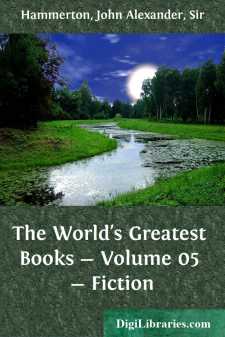 MAXWELL GRAY The Silence of Dean Maitland Mary Gleed Tuttiett, the gifted lady who writes under the pseudonym of "Maxwell Gray," was born at Newport, Isle of Wight. The daughter of Mr. F.B. Tuttiett, M.R.C.S., she began her literary career by contributing essays, poems, articles, and short stones to various periodicals. With the appearance of "The Silence of Dean Maitland," in 1886, Maxwell Gray's name was immediately and permanently established in the front rank of living novelists. The story and its problem, dramatically set forth, and with rare literary art, became one of the most discussed themes of the day. Since that time Maxwell Gray has produced a number of stories, among them being "The Reproach of Annesley" (1888), "The Last Sentence" (1893), "The House of Hidden Treasure" (1898), and "The Great Refusal" (1906), and also several volumes of poems. This little version of "The Silence of Dean Maitland" has been prepared by Miss Tuttiett herself. I.--Impending Tragedy

The story opens on a grey October afternoon in the Isle of Wight, in the 'sixties. Alma Lee, the coachman's handsome young daughter, is toiling up a steep hill overlooking Chalkburne, tired and laden with parcels from the town. As she leans on a gate, Judkins, a fellow-servant of her father's, drives up in a smart dog-cart, and offers her a lift home. She refuses scornfully, to the young groom's mortification; he drives off, hurt by her coquetry and prophesying that pride goes before a fall.

Then a sound of bells is heard--a waggon drawn by a fine bell-team climbs the hill, and stops by Alma. She accepts the waggoner's offer of a lift, and on reaching the gate of her home in the dusk, is distressed by his insistence on a kiss in payment, when out of the tree-shadows steps Cyril Maitland, the graceful and gifted son of the rector of Malbourne, newly ordained deacon.

He rebukes the waggoner, rescues Alma, and escorts her across a field to her father's cottage. There he is welcomed with respectful affection as the rector's son and Alma's former playmate. Afterwards she lights him to the gate, where a chance word of his evokes from her an innocent and unconscious betrayal of her secret love, kindling such strong response in him as he cannot conquer except by touching a letter in his breast-pocket. This letter is from Marion Everard, to whom he has been a year engaged.

He walks through the dark to Malbourne Rectory, where, by the fire, he finds his invalid mother, his twin sister, Lilian, and two younger children. Here he appears the idol of the hearth--genial, graceful, gifted, beautiful, and warm-hearted. But he betrays ambition, sudden and great haste to be married, and some selfishness. He walks to his lodging in a neighbouring village, where trifling circumstances point to a refined sensuousness, self-indulgence, and sophistry in his character, leading to the neglect of serious duty. The shadow of impending tragedy is hinted at from the first line of the book.

December in the following year....