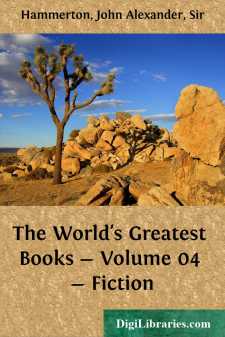 GEORG EBERS An Egyptian Princess Georg Moritz Ebers, a great Orientalist and Egyptologist, was born in Berlin on March 1, 1837, received his first instruction at Keilhau in Thuringen, then attended a college at Quedlinburg, and finally took up the study of law at Göttingen University. In 1858, when his feet became lame, he abandoned this study, and took up philology and archæology. After 1859 he devoted himself almost exclusively to Egyptology. Having recovered from his long illness, he visited the most important European museums, and in 1869 he travelled to Egypt, Nubia, and Arabia. On his return he took the chair of Egyptology at Leipzig University. He went back to Egypt in 1872, and discovered, besides many other important inscriptions, the famous papyrus which bears his name. "An Egyptian Princess" is his first important novel, written during his illness, and published in 1864. It has gone through numerous editions, and has been translated into most European languages. It was followed by several other similar works of fiction, of which "Serapis" achieved wide popularity. Ebers died on August 7, 1898. I.--The Royal Bride

A cavalcade of dazzling splendour was moving along the high road towards Babylon. The embassy sent by Cambyses, the mighty King of the East, had accomplished its mission, and now Nitetis, the daughter of Amasis, King of Egypt, was on the way to meet her future spouse. At the head of the sumptuous escort were Bartja, Cambyses' handsome golden-haired younger brother; his kinsman Darius; Croesus, the dethroned King of Lydia, and his son Gyges; Prexaspes, the king's ambassador, and Zopyrus, the son of Megabyzus, a Persian noble.

A few miles before the gates of Babylon they perceived a troop of horsemen galloping towards them. Cambyses himself came to honour his bride. His pale face, framed by an immense black beard, expressed great power and unbounded pride. Deep pallor and bright colour flitted by turns across the face of Nitetis, as his fiery eyes fixed her with a piercing gaze. Then he waved a welcome, sprang from his horse, shook Croesus by the hand, and asked him to act as interpreter. "She is beautiful and pleases me well," said the king. And Nitetis, who had begun to learn the language of her new home on the long journey, blushed deeply and began softly in broken Persian, "Blessed be the gods, who have caused me to find favour in thine eyes."

Cambyses was delighted with her desire to win his approbation and with her industry and intellect, so different from the indolence and idleness of the Persian women in his harem. His wonder and satisfaction increased when, after recommending her to obey the orders of Boges, the eunuch, who was head over the house of women, she reminded him that she was a king's daughter, bound to obey the commands of her lord, but unable to bow to a venal servant.

Her pride found an echo in his own haughty disposition. "You have spoken well. A separate dwelling shall be appointed you. I, and no one else, will prescribe your rules of life and conduct....