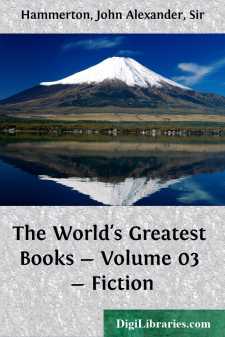 ALPHONSE DAUDET Tartarin of Tarascon Alphonse Daudet, the celebrated French novelist, was born at Nimes on May 13, 1840, and as a youth of seventeen went to Paris, where he began as a poet at eighteen, and at twenty-two made his first efforts in the drama. He soon found his feet as a contributor to the leading journals of the day and a successful writer for the stage. He was thirty-two when he wrote "Tartarin of Tarascon," than which no better comic tale has been produced in modern times. Tarascon is a real town, not far from the birthplace of Daudet, and the people of the district have always had a reputation for "drawing the long bow." It was to satirise this amiable weakness of his southern compatriots that the novelist created the character of Tartarin, but while he makes us laugh at the absurd misadventures of the lion-hunter, it will be noticed how ingeniously he prevents our growing out of temper with him, how he contrives to keep a warm corner in our hearts for the bragging, simple-minded, good-natured fellow. That is to say, it is a work of essential humour, and the lively style in which the story is told attracts us to it time and again with undiminished pleasure. In two subsequent books, "Tartarin in the Alps," and "Port Tarascon," Daudet recounted further adventures of his delightful hero. His "Sapho" and "Kings in Exile" have also been widely read. Daudet died on December 17, 1897. I.--The Mighty Hunter at Home

I remember my first visit to Tartarin of Tarascon as clearly as if it had been yesterday, though it is now more than a dozen years ago. When you had passed into his back garden, you would never have fancied yourself in France. Every tree and plant had been brought from foreign climes; he was such a fellow for collecting the curiosities of Nature, this wonderful Tartarin. His garden boasted, for instance, an example of the baobab, that giant of the vegetable world, but Tartarin's specimen was only big enough to occupy a mignonette pot. He was mightily proud of it, all the same.

The great sight of his place, however, was the hero's private den at the bottom of the garden. Picture to yourself a large hall gleaming from top to bottom with firearms and weapons of all sorts: carbines, rifles, blunderbusses, bowie-knives, revolvers, daggers, flint-arrows--in a word, examples of the deadly weapons of all races used by man in all parts of the world. Everything was neatly arranged, and labelled as if it were in a public museum. "Poisoned Arrows. Please do not touch!" was the warning on one of the cards. "Weapons loaded. Have a care!" greeted you from another. My word, it required some pluck to move about in the den of the great Tartarin.

There were books of travel and adventure, books about mighty hunting on the table in the centre of the room; and seated at the table was a short and rather fat, red-haired fellow of about forty-five, with a closely-trimmed beard and a pair of bright eyes. He was in his shirtsleeves, reading a book held in one hand while he gesticulated wildly with a large pipe in the other--Tartarin!...