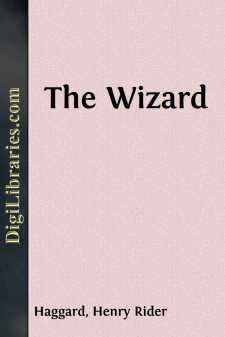 Has the age of miracle quite gone by, or is it still possible to the Voice of Faith calling aloud upon the earth to wring from the dumb heavens an audible answer to its prayer? Does the promise uttered by the Master of mankind upon the eve of the end—"Whoso that believeth in Me, the works that I do he shall do also . . . and whatsoever ye shall ask in My name, that will I do;"—still hold good to such as do ask and do believe?

Let those who care to study the history of the Rev. Thomas Owen, and of that strange man who carried on and completed his work, answer this question according to their judgment.

The time was a Sunday afternoon in summer, and the place a church in the Midland counties. It was a beautiful church, ancient and spacious; moreover, it had recently been restored at great cost. Seven or eight hundred people could have found sittings in it, and doubtless they had done so when Busscombe was a large manufacturing town, before the failure of the coal supply and other causes drove away its trade. Now it was much what it had been in the time of the Normans, a little agricultural village with a population of 300 souls. Out of this population, including the choir boys, exactly thirty-nine had elected to attend church on this particular Sunday; and of these, three were fast asleep and four were dozing.

The Rev. Thomas Owen counted them from his seat in the chancel, for another clergyman was preaching; and, as he counted, bitterness and disappointment took hold of him. The preacher was a "Deputation," sent by one of the large missionary societies to arouse the indifferent to a sense of duty towards their unconverted black brethren in Africa, and incidentally to collect cash to be spent in the conversion of the said brethren. The Rev. Thomas Owen himself suggested the visit of the Deputation, and had laboured hard to secure him a good audience. But the beauty of the weather, or terror of the inevitable subscription, prevailed against him. Hence his disappointment.

Then he settled himself to listen to the sermon.

The preacher, a battered-looking individual of between fifty and sixty years of age, was gaunt with recent sickness, patient and unimaginative in aspect. He preached extemporarily, with the aid of notes; and it cannot be said that his discourse was remarkable for interest, at any rate in its beginning. Doubtless the sparse congregation, so prone to slumber, discouraged him; for offering exhortations to empty benches is but weary work. Indeed he was meditating the advisability of bringing his argument to an abrupt conclusion when, chancing to glance round, he became aware that he had at least one sympathetic listener, his host, the Rev. Thomas Owen.

From that moment the sermon improved by degrees, till at length it reached a really high level of excellence. Ceasing from rhetoric, the speaker began to tell of his own experience and sufferings in the Cause amongst savage tribes; for he himself was a missionary of many years standing....