The White Squall A Story of the Sargasso Sea 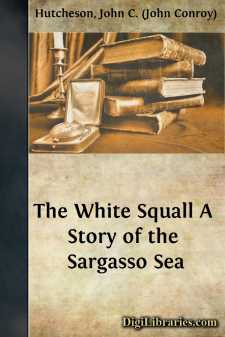 “Have you heard the gun fire yet?”

“Then you must go up the hill at once and see whether the mail steamer has been signalled or not. She ought to have been in sight by now; for, she’s been expected since early this morning, and we’re all anxious about the news from England.”

“Look alive then, Jake, and lose no more time in starting. Let me just see how quickly you can get up to the Battery and back again; and mind, Jake, if the packet should be in, you can saddle my pony when you return for me to ride into town.”

Jake broke off into a huge guffaw, as he shouted out these hurried words in high glee, laughing with all that hearty abandon which was such a strong characteristic of his genuine African nature. Such was the intensity of his merriment, indeed, that he opened his wide red-lipped mouth almost from ear to ear, disclosing a brilliant set of shining teeth, whose ivory whiteness contrasted conspicuously with the jetty blackness of his sable skin. The willing fellow then went off on his mission at a slinging jog-trot, evidently determined to make his promise good of outstripping his more lethargic rival Pompey, whom he was absurdly jealous of and ever eager to surpass in every way he could.

I watched him on his onward way from the raised terrace, laid out as an ornamental garden, in front of our square, one-storied, shingle-roofed, verandah-encircled West Indian home—which lay nestled in a gorgeous wealth of tropical foliage and was perched half-way up the side of a mountain peak that protected it from hurricane blasts in the rear; and, I could see Jake spinning rapidly along the winding carriage drive, bordered with cocoa-nut trees and grou-grou palms in lieu of the oaks and elms of old England. In another second, ere the sound of his merry chuckle had ceased to re-echo in the distance, he had passed through the swing-gate that gave admittance to the grounds.

The lawn sloped downwards from the house, following the curve of the hill, and was studded with orange-trees, whose golden fruit peeped through their shining green leaves, shaddocks, and mangosteen, with many a stately palmiste rearing its tall feathery head above the others; while, in addition, the wild locust, or iron-wood tree, the mammee apple, the pomme-rose and the guava bush flourished between huge blocks of stone, with flat table surfaces and of probable volcanic origin, that seemed to have been thrown at random upon the surface of the grassy expanse, where they now rested, monoliths of the past.

As the gate swung back upon its hinges with a clang, Jake’s woolly head, surmounted by the veriest wisp of a ragged red handkerchief, disappeared behind the thick and impenetrable hedge of thorny cactus and spike-guarded prickly-pear that inclosed the plantation, separating it from the main-road forming its boundary and leading, some four miles or so beyond, over mountain and gully to Saint George’s, the capital town of Grenada, the most southern of the group of the Windward Islands—a spot where the earlier days of my rather adventurous life were passed and which is endeared to me by all the vivid associations of youth, the fond recollections of memory....