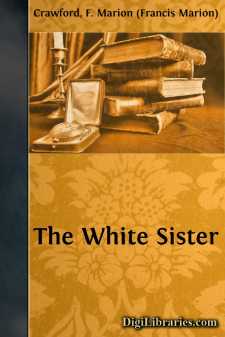 'I cannot help it,' said Filmore Durand quietly. 'I paint what I see. If you are not pleased with the likeness, I shall be only too happy to keep it.'

The Marchesa protested. It was only a very small matter, she said, a something in the eyes, or in the angle of the left eyebrow, or in the turn of the throat; she could not tell where it was, but it gave her niece a little air of religious ecstasy that was not natural to her. If the master would only condescend to modify the expression the least bit, all would be satisfactory.

Instead of condescending, Filmore Durand smiled rather indifferently and gave his pallet and brushes to his man, who was already waiting at his elbow to receive them. For the famous American portrait-painter detested all sorts of litter, such as a painting-table, brush-jars, and the like, as much as his great predecessor Lenbach ever did, and when he was at work his old servant brought him a brush, a tube of colour, a knife, or a pencil, as each was needed, from a curtained recess where everything was kept ready and in order.

'I like it as it is,' said Giovanni Severi, resting his hands on the hilt of his sabre, as he sat looking thoughtfully from the portrait to the original.

The young girl smiled, pleased by his approbation of the likeness, which she herself thought good, though it by no means flattered. On the contrary, it made her look older than she was, and much more sad; for though the spring laughed in her eyes when she looked at the officer to whom people said she was engaged, their counterparts in the portrait were deep and grave. Certain irregularities of feature, too, were more apparent in the painting than in nature. For instance, there was a very marked difference between the dark eyebrows; for whereas the right one made a perfect curve, the other turned up quite sharply towards the forehead at the inner end, as if it did not wish to meet its fellow; and the Marchesa del Prato was quite sure that Angela's delicate nose had not really that aquiline and almost ascetic look which the great master had given it. In fact, the middle-aged woman almost wished that it had, for of all things that could happen she would have been best pleased that her niece should turn out to have a vocation and should disappear into some religious order as soon as possible. This was not likely, and the Marchesa was by no means ready to accept, as an alternative, a marriage with Giovanni Severi, whom she had long looked upon as her own private property.

Filmore Durand glanced from one to another of the three in quick succession, stroked his rather bristly moustache, and lit a cigarette, not because he wanted to smoke, but because he could not help it, which is a very different thing. Then he looked at his picture and forgot that he was not alone with it; and it still pleased him, after a fashion, though he was not satisfied with what he had done.

Great artists and great writers are rarely troubled by theories; one of the chief characteristics of mature genius is that it springs directly from conception to expression without much thought as to the means; a man who has used the same tools for a dozen years is not likely to take his chisel by the wrong end, nor to hesitate in choosing the right one for the stroke to be made, much less to 'take a sledge-hammer to kill a fly,' as the saying is....