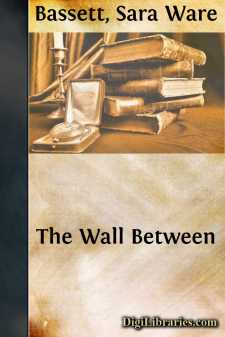 The Howe and Webster farms adjoined, lying on a sun-flooded, gently sloping New Hampshire hillside. Between them loomed The Wall. It was not a high wall. On the contrary, its formidableness was the result of tradition rather than of fact. For more than a century it had been an estranging barrier to neighborliness, to courtesy, to broad-mindedness; a barrier to friendship, to Christian charity, to peace.

The builder of the rambling line of gray stone had long since passed away, and had he not acquired a warped importance with the years, his memory would doubtless have perished with him. All unwittingly, alas, he had become a celebrity. His was the fame of omission, however, rather than of commission. Had he, like artist or sculptor, but affixed his signature to his handiwork, then might he have sunk serenely into oblivion, “unwept, unhonored, and unsung.” But unfortunately he was a modest creature. Instead, he had stepped nameless into the silence of the Hereafter, leaving to those who came after him not only the sinister boundary his hands had reared, but also a feud that had seethed hotly for generations.

If within the narrow confines of his last resting place he had ever been conscious of the dissension for which he was responsible and had been haunted by a desire to utter the magic word he had neglected to speak in life, he at least gave no sign. His lips remained sealed in death, and his spirit was never seen to walk abroad. Possibly he retired into his shroud with this finality because he never found it imperative, as did Hamlet’s ghost, to admonish posterity to remember him.

Only too well was he remembered!

The Howes and Websters who followed him hurled against the sounding board of heaven the repeated questions of who built the wall, and whose duty was it to repair it. Great-grandfather Jabez Howe quibbled with Great-grandfather Abiatha Webster for a lifetime, and both went down into the tomb still quibbling over the enigma. Afterward Grandfather Nathan Howe and Grandfather Ebenezer Webster took up the dispute, and they, too, were gathered into the Beyond without ever reaching a conclusion. Their children then wrangled and argued and slandered one another, and, like their forbears, retired from the field in impotent rage, leaving the combat a draw.

In the meantime the outlines of the ancient landmark became less clear-cut. Rocks toppled from its summit; yawning gaps marred its sharp edges; and at its base vines and growing things began to creep defiantly in and out the widening fissures that rent its foundation. Almost imperceptibly year by year dissolution went on, the crude structure melting into picturesqueness and taking on the gentle charm of a ruin until Martin Howe and Ellen Webster, its present-day guardians, beheld it an ignominious heap of stone that lay crumbling amid woodbine and clematis.

Far more beautiful was it in this half-concealed dilapidation than ever it had been in the pride of its perfection. Then it had stood boldly out against the landscape, naked and aggressive; to-day, clothed in Nature’s soft greenery, it had become so dim a heritage that it might easily have receded into the past and been forgotten had not the discord of which it had become the symbol been wilfully fanned into flame....