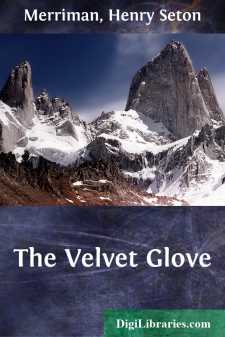 CHAPTER I IN THE CITY OF THE WINDS

The Ebro, as all the world knows--or will pretend to know, being an ignorant and vain world--runs through the city of Saragossa. It is a river, moreover, which should be accorded the sympathy of this generation, for it is at once rapid and shallow.

On one side it is bordered by the wall of the city. The left bank is low and sandy, liable to flood; a haunt of lizards in the summer, of frogs in winter-time. The lower bank is bordered by poplar trees, and here and there plots of land have been recovered from the riverbed for tillage and the growth of that harsh red wine which seems to harden and thicken the men of Aragon.

One night, when a half moon hung over the domes of the Cathedral of the Pillar, a man made his way through the undergrowth by the riverside and stumbled across the shingle towards the open shed which marks the landing-place of the only ferry across the Ebro that Saragossa possesses. The ferry-boat was moored to the landing-stage. It is a high-prowed, high-sterned vessel, built on Viking lines, from a picture the observant must conclude, by a landsman carpenter. It swings across the river on a wire rope, with a running tackle, by the force of the stream and the aid of a large rudder.

The man looked cautiously into the vine-clad shed. It was empty. He crept towards the boat and found no one there. Then he examined the chain that moored it. There was no padlock. In Spain to this day they bar the window heavily and leave the door open. To the cunning mind is given in this custom the whole history of a great nation.

He stood upright and looked across the river. He was a tall man with a clean cut face and a hard mouth. He gave a sharp sigh as he looked at Saragossa outlined against the sky. His attitude and his sigh seemed to denote along journey accomplished at last, an object attained perhaps or within reach, which is almost the same thing, but not quite. For most men are happier in striving than in possession. And no one has yet decided whether it is better to be among the lean or the fat.

Don Francisco de Mogente sat down on the bench provided for those that await the ferry, and, tilting back his hat, looked up at the sky. The northwest wind was blowing--the Solano--as it only blows in Aragon. The bridge below the ferry has, by the way, a high wall on the upper side of it to break this wind, without which no cart could cross the river at certain times of the year. It came roaring down the Ebro, bending the tall poplars on the lower bank, driving before it a cloud of dust on the Saragossa side. It lashed the waters of the river to a gleaming white beneath the moon. And all the while the clouds stood hard and sharp of outline in the sky. They hardly seemed to move towards the moon. They scarcely changed their shape from hour to hour. This was not a wind of heaven, but a current rushing down from the Pyrenees to replace the hot air rising from the plains of Aragon.

Nevertheless, the clouds were moving towards the moon, and must soon hide it....