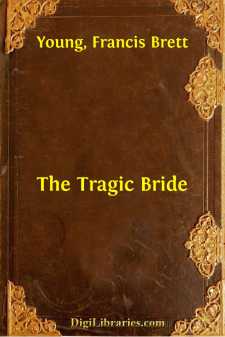 I never met Gabrielle Hewish. I suppose I should really call her by that name, for her marriage took the colour out of it as surely as if she had entered a nunnery, and adopted the frigid and sisterly label of some female saint. Nobody had ever heard of her husband before she married him, and nobody ever heard of Gabrielle afterwards, except those who were acquainted with the story of Arthur Payne, as I was, and, perhaps, a coroner's jury in Devonshire, a county where juries are more than usually slow of apprehension. In these days you will not even find the name of Hewish in Debrett, for Gabrielle was the baronet's only child, and when Sir Jocelyn died, in the early days of his daughter's married life, the family, which for the last half century had been putting out no more than a few feeble and not astonishingly brilliant leaves on its one living branch, withered altogether, as well it might in the thin Irish soil where it had stubbornly held its own since the days of Queen Elizabeth. After all, baronetcies are cheap enough in Ireland, and one more or less could make very little difference to the amenities of County Galway, where Roscarna, for all I know, may have been absorbed and parcelled out by the Congested Districts Board ten years ago. Even in clubs and places where they gossip, I doubt if the Hewishes of Roscarna are remembered, for modern memories are short, and in Gabrielle's day the illustrated Sunday newspapers had not contrived to specialise in the smiles of well-connected young Irishwomen.

Of course the Payne episode—I'm not sure it should not rather be called the Payne miracle—had always lain stored somewhere in my literary attic; its theme was too exciting for a man who deals in such lumber to have forgotten; but that admirable woman, Mrs. Payne, had whetted my curiosity to such an extent that I weakly promised her secrecy before she told it to me. "I can't resist telling you," she said, "because it wouldn't be fair of me to deprive you: it's far too much in your line." She even flattered me: "You'd do it awfully well too, you know; but I have a sort of sentimental regard for her—not admiration, or anything of that kind, but an indefinite feeling that noblesse oblige. In her own extraordinary way she did us a good turn, and however carefully you wrapped it up she might recognise her portrait and feel embarrassed. It's she that I'm thinking of, not Arthur. Arthur was too young at the time to realize what was happening, and if he saw your picture of two women desperately fighting over the soul or body of a boy of seventeen who resembled himself I doubt if he'd tumble to the portrait. He's a dear transparently honest person like his father. Still, I don't want to hurt her, and so, if you want the story, you must gloat over it in private, and cherish it as an unwritten masterpiece. Probably if you did write it, it wouldn't be a masterpiece at all. Console yourself with that."

She told me her story—for of course I gave her the promise that she demanded—in a midge-infested corner of the garden at Overton, while Arthur, the unconscious subject of it, was playing tennis with the clergyman's daughter whom he married a year later....