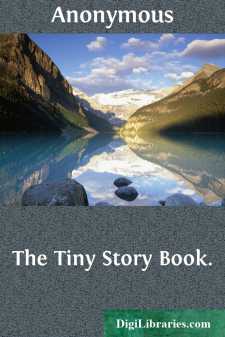 I have been to see my little cousin Alice. She is just three years old, and I love her dearly. She has many things to play with. She has a ball, a rattle, and a horse; and she had a nice wax doll given her last Christmas, but as she got the paint off its face by kissing, it is laid by till she is bigger. We played she was my baby, and I dressed her up and took her to walk; after that we played have tea, and then I rocked her to sleep, and she looked so nice I could not help kissing her. She is coming to see me next week.

My brother Ben has gone to sea. He has gone in a big Ship. Mother packed his trunk with nice clothes, and put in his Bible and some good books, and I put in my picture, and we went to see him sail. I felt bad enough, for mother says he will be gone a whole year.

What a long time to be on the water! He says, when he comes home he will bring mother a nice shawl and me some fine playthings. I hope he will not get lost at sea, as some poor sailors have been.

THE DEAD ROBIN. See, Charles, how little Robin lies:The film is on his gentle eyes;His pretty beak is parted wide,And blood is flowing from his side. And Willy, when from school he comes,Will run and get some little crumbs,And fling them round, and wait to seeRobin hop lightly from the tree, To pick the crumbs up, one by one,And sing and chirp, when he has done;—Then when I show him Robin dead,How many bitter tears he'll shed! THE RIDE.

This little girl is having a ride. She has a nice carriage, and a pretty goat for a horse. I think her brother must be very kind to her. I had a ride in a goat carriage once; it was on Boston Common; father put little Arthur and me into the carriage, and we rode along, holding the reins, as happy as could be. After the ride was over, we went to the Public Garden and fed the ducks and fishes, and then we had a sail in the boat. I hope we shall go again next summer.

Let me tell you a short story about a Lion. Once a poor Negro found that a Lion was following him, as he was walking along through the woods. The Lion was watching for a chance to spring upon him. The man was very much frightened, but walked swiftly along till he came to a very steep bank; here he quickly placed his hat and cloak on a bush, to make it look like a man, and then he crept away. The Lion, thinking it was the man, was silly enough to spring upon the cloak, and tumbled on the rocks below.

LEARNING TO READ. Come, little brother, come to me;I'll teach you soon your A, B, C.You're three years old; you must, indeed,Begin at once to learn to read. Be careful now, don't tear the book,And where I point there you must look.That's A, that's B, and that is C;Now say them plainly after me. That's very well! How very nice!You'll learn your letters in a trice.And then you'll quickly learn to spell,And soon, I hope, read very well. GETTING UP. Baby, baby,Ope your eye,For the sunIs in the sky; And he's peeping once again,Through the frosty window pane.Little baby, do not keepAny longer fast asleep. There, now, sit in mother's lap,That she may untie your cap;For the little strings have gotTwisted into such a knot! SUSY BROWN.

Susy Brown is a good girl; she is willing to give up her play, and stay at home to take care of the baby. Some of her friends were going to the woods and fields to pick berries, and Susy wanted to go with them; but when she came home from school, and found her mother tired and worn with her work and the heat, Susy took the baby and said she would stay at home and let her mother rest....