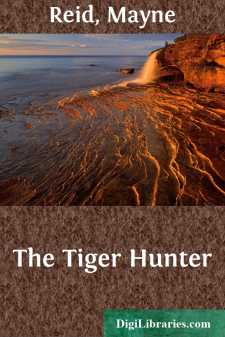 During one of many journeyings through the remote provinces of the Mexican republic, it was my fortune to encounter an old revolutionary officer, in the person of Captain Castaños. From time to time as we travelled together, he was good enough to give me an account of some of the more noted actions of the prolonged and sanguinary war of the Independence; and, among other narratives, one which especially interested me was the famed battle of the Puente de Calderon, where the Captain himself had fought during the whole length of a summer’s day!

Of all the leaders of the Mexican revolution, there was none in whose history I felt so much interest as in the priest-soldier, Morelos—or, as he is familiarly styled in Mexican annals, the “illustrious Morelos”—and yet there was none of whose private life I could obtain so few details. His public career having become historic, was, of course, known to every one who chose to read of him. But what I desired was a more personal and intimate knowledge of this remarkable man, who from being the humble curate of an obscure village in Oajaca, became in a few short months the victorious leader of a well-appointed army, and master of all the southern provinces of New Spain.

“Can you give me any information regarding Morelos?” I asked of Captain Castaños, as we were journeying along the route between Tepic and Guadalaxara.

“Ah! Morelos? he was a great soldier,” replied the ex-captain of guerilleros. “In the single year of 1811, he fought no less than twenty-six battles with the Spaniards. Of these he won twenty-two; and though he lost the other four, each time he retreated with honour—”

“Hum! I know all that already,” said I, interrupting my fellow-traveller. “You are narrating history to me, while I want only chronicles. In other words, I want to hear those more private and particular details of Morelos’ life which the historians have not given.”

“Ah! I understand you,” said the captain, “and I am sorry that I cannot satisfy your desires: since, during the war I was mostly engaged in the northern provinces, and had no opportunity of knowing much of Morelos personally. But if my good friend, Don Cornelio Lantejas, is still living at Tepic, when we arrive there, I shall put you in communication with him. He can tell you more about Morelos than any other living man: since he was aide-de-camp to the General through all his campaigns, and served him faithfully up to the hour of his death.”

Our conversation here ended, for we had arrived at the inn where we intended to pass the night—the Venta de la Sierra Madre.

Early on the following morning, before any one had yet arisen, I left my chamber—in a corner of which, rolled in his ample manga, Captain Castaños was still soundly asleep. Without making any noise to disturb him, I converted my coverlet into a cloak—that is, I folded my serape around my shoulders, and walked forth from the inn. Other travellers, along with the people of the hostelry inside, with the domestics and muleteers out of doors, were still slumbering profoundly, and an imposing silence reigned over the mountain platform on which the venta stood....