The Story of the "9th King's" in France 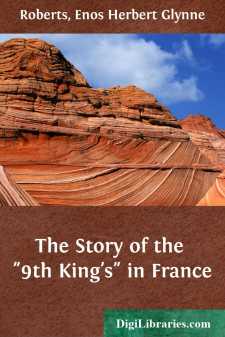 Shortly after the commencement of the Volunteer Movement in 1859, many members of the newspaper and printing trades in Liverpool were desirous of forming a regiment composed of men connected with those businesses. A meeting was held in the Liverpool Town Hall, and the scheme was so well received that steps were taken towards the formation of a corps. Sanction was obtained, and on the 21st February, 1861, the officers and men of the new unit took the oath of allegiance at St. George's Hall. Thus came into being the 80th Lancashire Rifle Volunteers, and on the 2nd April, 1863, the 73rd Battalion of the Lancashire Rifle Volunteers was amalgamated with it. In the early days of its existence the new unit attended reviews and inspections at Mount Vernon, Newton-le-Willows and Aintree. Some time afterwards it was renumbered the 19th Lancashire Rifle Volunteers. Later—in 1888—it became the 6th Volunteer Battalion of The King's (Liverpool Regiment).

The early parades of the Regiment took place at Rose Hill Police Station, and the Corn Exchange, Brunswick Street, until Headquarters were established at 16, Soho Street.

To those who took part in these parades great credit and thanks are due. Through their efforts an organised battalion came into being, men were trained for the bearing of arms and the defence of their country should the occasion ever arise, and the soldierly spirit was inculcated in many who followed a civilian occupation. Those who survived until the Great War, though not privileged to lead on the battlefield, had at any rate the satisfaction of realising that their work was not in vain. Directly attributable to the efforts of the early volunteers is the fact that in 1915 the Territorial Force was ready for the reinforcement of the Regular Army in the Western Theatre of the War, and this afforded the New Armies which Lord Kitchener had formed ample time for the completion of their training.

In 1884 the Headquarters in Soho Street were changed for more commodious and better equipped premises at 59, Everton Road, where the Battalion remained domiciled until 1914. During the South African War the Battalion sent out a company, and the experience the men gained there proved very useful at the annual camps. Several of the men who went to South Africa were privileged to serve in the next war. On the formation of the Territorial Force the Battalion was once again renumbered and henceforth it was known as the 9th Battalion of The King's (Liverpool Regiment) Territorial Force.

The recruiting area of the Battalion embraced the Everton district of Liverpool, a locality inhabited chiefly by members of the tradesmen and artisan classes, which furnished the Regiment with the bulk of its recruits. There was a detachment located in the country at Ormskirk, from which the Battalion drew some of its finest fighting material. Agriculturalists make good soldiers, and this was evidenced on many occasions later by the behaviour and ability of the men from this town. In the ranks there was a sprinkling of sailors and miners, whose several callings equipped them with knowledge which proved useful in their new profession. The officers for the most part were drawn from the professional class and business houses of the city.

There came on the 4th August, 1914, a telegram to Headquarters containing only the one word "Mobilize." On that day Great Britain declared war on Germany. Notices were sent out ordering the men to report, and at 2-0 p.m. on the 6th there was only one man unaccounted for. The mobilization was satisfactory.

Difficulties immediately presented themselves, for the men had to be housed and fed. The first night the men spent in the Hippodrome Theatre, where the artists gave them a special performance in addition to the public performances. Afterwards sleeping accommodation was found in the Liverpool College. Through the kindness of the committee of the Newsboys' Home in Everton Road arrangements were made to feed the men. There were too many for them to be fed all at once, so that meals had to be taken in relays. At Headquarters there was a certain amount of congestion, for equipment, picks, shovels and other mobilization stores took up a considerable amount of room. Besides this there were collected at Headquarters civilian milk floats, lorries, spring carts and other vehicles which had been pressed into service as regimental transport....