The Story of Pocahontas 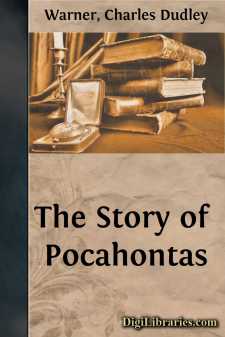 The simple story of the life of Pocahontas is sufficiently romantic without the embellishments which have been wrought on it either by the vanity of Captain Smith or the natural pride of the descendants of this dusky princess who have been ennobled by the smallest rivulet of her red blood.

That she was a child of remarkable intelligence, and that she early showed a tender regard for the whites and rendered them willing and unwilling service, is the concurrent evidence of all contemporary testimony. That as a child she was well-favored, sprightly, and prepossessing above all her copper-colored companions, we can believe, and that as a woman her manners were attractive. If the portrait taken of her in London—the best engraving of which is by Simon de Passe—in 1616, when she is said to have been twenty-one years old, does her justice, she had marked Indian features.

The first mention of her is in "The True Relation," written by Captain Smith in Virginia in 1608. In this narrative, as our readers have seen, she is not referred to until after Smith's return from the captivity in which Powhatan used him "with all the kindness he could devise." Her name first appears, toward the close of the relation, in the following sentence:

"Powhatan understanding we detained certain salvages, sent his daughter, a child of tenne yeares old, which not only for feature, countenance, and proportion, much exceedeth any of the rest of his people, but for wit and spirit the only nonpareil of his country: this hee sent by his most trusty messenger, called Rawhunt, as much exceeding in deformitie of person, but of a subtill wit and crafty understanding, he with a long circumstance told mee how well Powhatan loved and respected mee, and in that I should not doubt any way of his kindness, he had sent his child, which he most esteemed, to see mee, a Deere, and bread, besides for a present: desiring mee that the Boy [Thomas Savage, the boy given by Newport to Powhatan] might come again, which he loved exceedingly, his little Daughter he had taught this lesson also: not taking notice at all of the Indians that had been prisoners three daies, till that morning that she saw their fathers and friends come quietly, and in good termes to entreate their libertie.

"In the afternoon they [the friends of the prisoners] being gone, we guarded them [the prisoners] as before to the church, and after prayer, gave them to Pocahuntas the King's Daughter, in regard of her father's kindness in sending her: after having well fed them, as all the time of their imprisonment, we gave them their bows, arrowes, or what else they had, and with much content, sent them packing: Pocahuntas, also we requited with such trifles as contented her, to tel that we had used the Paspaheyans very kindly in so releasing them."

The next allusion to her is in the fourth chapter of the narratives which are appended to the "Map of Virginia," etc. This was sent home by Smith, with a description of Virginia, in the late autumn of 1608. It was published at Oxford in 1612, from two to three years after Smith's return to England. The appendix contains the narratives of several of Smith's companions in Virginia, edited by Dr. Symonds and overlooked by Smith. In one of these is a brief reference to the above-quoted incident....