The Story of a Cat 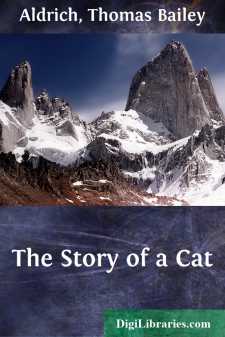 CHAPTER I. HOW MOTHER MICHEL MADE THE ACQUAINTANCE OFHER CAT.

here lived in Paris, under the reign of King Louis XV., a very rich old countess named Yolande de la Grenouillère. She was a worthy and charitable lady, who distributed alms not only to the poor of her own parish, Saint-Germain-l’Auxerrois, but to the unfortunate of other quarters. Her husband, Roch-Eustache-Jérémie, Count of Grenouillère, had fallen gloriously at the battle of Fontenoy, on the 11th of May, 1745. The noble widow had long mourned for him, and even now at times wept over his death. Left without children, and almost entirely alone in the world, she gave herself up to a strange fancy,—a fancy, it is true, which in no manner detracted from her real virtues and admirable qualities: she had a passion for animals. And an unhappy passion it was, since all those she had possessed had died in her arms.

The first, in date, in her affections had been a green parrot, which, having been so imprudent as to eat some parsley, fell a victim to frightful colics. An indigestion, caused by sweet biscuits, had taken from Madame de la Grenouillère a pug-dog of the most brilliant promise. A third favorite, an ape of a very interesting species, having broken his chain one night, went clambering over the trees in the garden, where, during a shower, he caught a cold in the head, which conducted him to the tomb.

The Ape fatally exposes himself.

Following these, the Countess had birds of divers kinds; but some of them had flown away, and the others had died of the pip. Cast down by such continuous disasters, Madame de la Grenouillère shed many tears. Seeing her inconsolable, the friends of the Countess proposed successively squirrels, learned canaries, white mice, cockatoos; but she would not listen to them; she even refused a superb spaniel who played dominoes, danced to music, ate salad, and translated Greek.

The Boys after the Cat.

She had ended by believing in fatality.

One day, as the Countess was leaving the church, she saw a crowd of boys hustling and elbowing each other, and giving vent to peals of joyous laughter. When, seated in her carriage, she was able to overlook the throng, she discovered that the cause of this tumult was a poor cat to whose tail the little wretches had tied a tin saucepan.

The unfortunate cat had evidently been running a long time, for he seemed overcome with fatigue. Seeing that he slackened his speed, his tormentors formed a circle around him, and began pelting him with stones. The luckless creature bowed his head, and, recognizing that he was surrounded by none but enemies, resigned himself to his hard fate with the heroism of a Roman senator. Several stones had already reached him, when Madame de la Grenouillère, seized with deep compassion, descended from her carriage, and, pushing the crowd aside, exclaimed: "I will give a louis to whoever will save that animal!"

These words produced a magical effect; they transformed the persecutors into liberators; the poor cat came near being suffocated by those who now disputed the honor of rescuing him safe and sound....