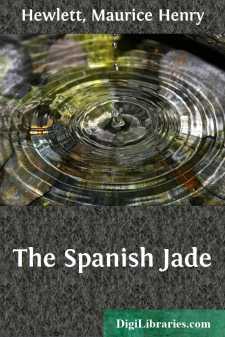 Almost alone in Europe stands Spain, the country of things as they are. The Spaniard weaves no glamour about facts, apologises for nothing, extenuates nothing. Lo que ha de ser no puede faltar! If you must have an explanation, here it is. Chew it, Englishman, and be content; you will get no other. One result of this is that Circumstance, left naked, is to be seen more often a strong than a pretty thing; and another that the Englishman, inveterately a draper, is often horrified and occasionally heart-broken. The Spaniard may regret, but cannot mend the organ. His own will never suffer the same fate. Chercher le midi à quatorze heures is no foible of his.

The state of things cannot last; for the sentimental pour into the country now, and insist that the natives shall become as self-conscious as themselves. The Sud-Express brings them from England and Germany, vast ships convey them from New York. Then there are the newspapers, eager as ever to make bricks without straw. Against Teutonic travellers, and journalists, no idiosyncrasy can stand out. The country will run to pulp, as a pear, bitten without by wasps and within by a maggot, will get sleepy and drop. But that end is not yet, the Lord be praised, and will not be in your time or mine. The tale I have to tell—an old one, as we reckon news now—might have happened yesterday; for that was when I was last in Spain, and satisfied myself that all the concomitants were still in being. I can assure you that many a Don Luis yet, bitterly poor and bitterly proud, starves and shivers, and hugs up his bones in his capa between the Bidassoa and the Manzanares; many a wild-hearted, unlettered Manuela applies the inexorable law of the land to her own detriment, and, with a sob in the breath, sits down to her spinning again, her mouldy crust and cup of cold water, or worse fare than that. Joy is not for the poor, she says—and then, with a shrug, Lo que ha de ser...!

But, as a matter of fact, it belongs to George Borrow's day, this tale, when gentlemen rode a-horseback between town and town, and followed the river-bed rather than the road. A stranger then, in the plains of Castile, was either a fool who knew not when he was well off, or an unfortunate, whose misery at home forced him afield. There was no genus Tourist; the traveller was conspicuous and could be traced from Spain to Spain. When you get on you'll see; that is how Tormillo weaselled out Mr. Manvers, by the smell of his blood. A great, roomy, haggard country, half desert waste and half bare rock, was the Spain of 1860, immemorially old, immutably the same, splendidly frank, acquainted with grief and sin, shameless and free; like some brown gipsy wench of the wayside, with throat and half her bosom bare, who would laugh and show her teeth, and be free with her jest; but if you touched her honour, ignorant that she had one, would stab you without ruth, and go her free way, leaving you carrion in the ditch....