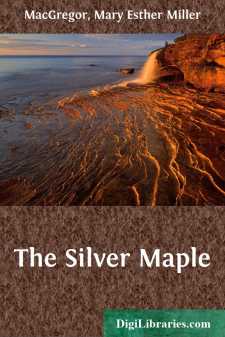 IN THE VALLEY OF SHADOWS

The storm was over, the snow had ceased falling, and under its muffling mantle, white and spent with the day's struggle, lay the great swamp of the Oro. It seemed to hold in its motionless bosom the very spirit of silence and death. The delicately traced pattern of a rabbit or weasel track, and a narrow human pathway that wound tortuously into the sepulchral depths, were the only signs of life in all the white stillness. Away down the dim, cathedral-like aisles, that fainted into softest grey in the distance, the crackling of an overburdened twig rang startlingly clear in the awesome hush. The tall firs and pines swept the white earth with their snow-laden branches, the drooping limbs looking like throngs of cowled heads, bent to worship in the sacred stillness of a vast temple. For the forest was, indeed, a place in which to wonder and to pray, a place all white and holy, filled with the mystery and awe of death.

But suddenly into this softly curtained sanctuary came a profaning sound; a clear, joyous shout rang through the sacred aisles; and, down the narrow pathway, leaping over fallen logs, whipping aside the laden branches and scattering their snow-crowns in a whirling mist about him, destroying, in his ruthless progress, both the sanctity and the beauty of the place, came a human figure, a little figure, straight and sturdy, and as lithe and active as any other wild, forest-creature. His small, red-mittened hands, the scarlet woollen scarf about his neck, and his rosy cheeks made a bold dash of colour in the sombre gloom, as his abounding life disturbed the winter death-sleep.

On he came, leaping from log to log like a hare, and setting the stately forest arches ringing to a rollicking Scottish song, tuneful and incongruous,—

But as he plunged down the hill into the grey depths he suddenly ceased singing. The awe of the place touched his child's spirit. Reared in the forest though he had been, he suddenly felt strangely unfamiliar with his surroundings. He had never before experienced anything like fear in the woods. The rigours of seven Canadian winters had bred a hardy spirit in this little backwoodsman, and besides what was there to dread in the forest? It had been his playground ever since he was first able to steal away from Granny and toddle off to "the bush" to gather blue flags and poke up the goggle-eyed frogs from their fragrant musk-pools. But here was something unfamiliar; a strange uncanny place the swamp seemed to-day; and, being Nature's intimate, he fell into sudden sympathy with her awe-stricken mood.

He sped silently forward, glancing fearfully down the dim, shadowy aisles, so ghostly, so mysterious, dreading he knew not what....