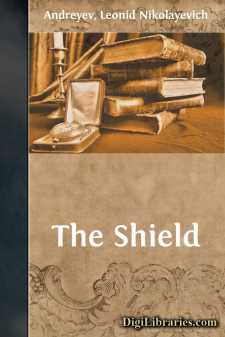 This is not merely a book about the Russian Jews. It is a marvellous revelation of the Russian soul. It shows not only that the overwhelming majority of the Russian intellectuals, including nearly all of her brilliant literary geniuses, are opposed to the persecution of the Jews or any other race, but that they have a capacity for sympathy and understanding of humanity unequalled in any other land. I do not know of any book where the genius and heart of Russia is better displayed. Not only her leading litterateurs but also her leading statesmen and economists are represented—and all of them speak as with a single voice.

I am writing on the 16th of March. Yesterday the news reached the world that Russia had probably at last succeeded in emancipating itself from the German-sustained and German-supported autocracy which so long has been renounced by practically all classes of the Russian people. I have pointed out elsewhere that this Second Act of the great drama of social transformation in Russia was to be expected in connection with the present war. It is not surprising that this Act, like the first—the Revolution of 1905—is accompanied by an irresistible demand for the cessation of the persecution of the Jews and other minority races. The first Duma, that of 1906, demanded unanimously that all these races be given absolutely the same rights as other Russians. The rise of Liberalism during the war, in connection with military necessities, had already abolished a number of Jewish disabilities. There is no longer any question that the Jews will be given equality. Without exception the anti-Semitic organisations were supported by the pro-German party, the money which was alone responsible for the pogroms was furnished by these same organisations, and now this Party and these organisations are forever overthrown. It was Dr. Dubrovin, for example, who year by year carried out the murders of the leading representatives of the Jews in the Duma and who almost succeeded in having Milukov assassinated a few weeks ago. Dubrovin was one of the most important of the sinister forces supported by the money of the German Czarina's court party—which was organised by Baron Fredericks and other notorious Germans masquerading as Russians.

The re-birth of Russia which is now taking place cannot be understood apart from the Jewish problem. As Russia's leading Liberal statesman, Prof. Paul Milukov—who is well and favorably known in America because of extended visits here—points out in the article he contributes to the present volume, the anti-Semitic parties coincide with the anti-constitutional parties. At first this seems a strange and unaccountable fact, but a brief glance at the history of other countries will show that the party standing for the persecution of weak foreign neighbours and the oppression of minority races within and without a country has always and everywhere been the party of reaction. As Milukov says, there was no need for an anti-constitutional movement until there was a constitutional movement....