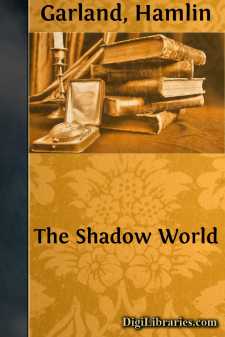 This book is a faithful record, so far as I can make it, of the most marvellous phenomena which have come under my observation during the last sixteen or seventeen years. I have used my notes (made immediately after the sittings) and also my reports to the American Psychical Society (of which I was at one time a director) as the basis of my story. For literary purposes I have substituted fictitious names for real names, and imaginary characters for the actual individuals concerned; but I have not allowed these necessary expedients to interfere with the precise truth of the account.

For example, Miller, an imaginary chemist, has been put in the place of a scientist much older than thirty-five, in whose library the inexplicable "third sitting" took place. Fowler, also, is not intended to depict an individual. The man in whose shoes he stands is one of the most widely read and deeply experienced spiritists I have ever known, and I have sincerely tried to present through Fowler the argument which his prototype might have used. Mrs. Quigg, Miss Brush, Howard, the Camerons, and most of the others, are purely imaginary. The places in which the sittings took place are not indicated, for the reason that I do not wish to involve any unwilling witnesses.

In the case of the psychics, they are, of course, delineated exactly as they appeared to me, although I have concealed their real names and places of residence. Mrs. Smiley, whose admirable patience under investigation makes her an almost ideal subject, is the chief figure among my "mediums," and I have tried to give her attitude toward us and toward her faith as she expressed it in our sittings, although the conversation is necessarily a mixture of imagination and memory. Mrs. Hartley is a very real and vigorous character—a professional psychic, it is true, but a woman of intelligence and power. Those in private life I have guarded with scrupulous care, and I am sure that none of them, either private or professional, will feel that I have wilfully misrepresented what took place. My aim throughout has been to deal directly and simply with the facts involved.

I have not attempted to be profound or mystical or even scientific, but I have tried to present clearly, simply, and as nearly without bias as possible, an account of what I have seen and heard. The weight of evidence seems, at the moment, to be on the side of the biologists; but I am willing to reopen the case at any time, although I am, above all, a man of the open air, of the plains and the mountains, and do not intend to identify myself with any branch of metapsychical research. It is probable, therefore, that this is my one and final contribution to the study of the shadow world.

THE SHADOW WORLD I

A hush fell over the dinner-table, and every ear was open and inclined as Cameron, the host, continued: "No, I wouldn't say that. There are some things that are pretty well established—telepathy, for instance."

"I don't believe even in telepathy," asserted Mrs. Quigg, a very positive journalist who sat at his right. "I think even that is mere coincidence."

Several voices rose in a chorus of protest. "Oh no! Telepathy is real. Why, I've had experiences—"

"There you go!" replied Mrs. Quigg, still in the heat of her opposition. "You will all tell the same story. Your friend was dying in Bombay or Vienna, and his spirit appeared to you, à la Journal of Psychic Research, with a message, at the exact hour, computing difference in time (which no one ever does), and so on. I know that kind of thing—but that isn't telepathy."

"What is telepathy, then?" asked little Miss Brush, who paints miniatures.

"I can't describe a thing that doesn't exist," replied Mrs. Quigg. "The word means feeling at a distance, does it not, professor?"

Harris, a teacher of English, who seldom took a serious view of anything, answered, "I should call it a long-distance touch."

"Do you believe in hypnotism, Dr. Miller?" asked Miss Brush, quietly addressing her neighbor, a young scientist whose specialty was chemistry....