The Secret of the Island 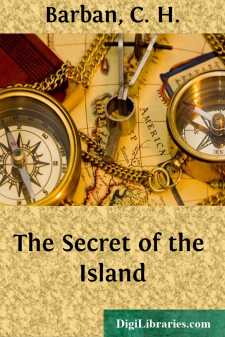 The Secret of the Island was another of the series of Voyages Extraordinaires which ran through a famous Paris magazine for younger readers, the Magasin Illustré. It formed the third and completing part of the Mysterious Island set of tales of adventure. We may count it, taken separately, as next to Robinson Crusoe and possibly Treasure Island, the best read and the best appreciated book in all that large group of island-tales and sea-stories to which it belongs. It gained its vogue immediately in France, Great Britain, and overseas besides being translated, with more or less despatch, into other European tongues. M. Jules Verne must indeed have gained enough by it and its two connective tales to have acquired an island of his own. The present book was translated into English by the late W.H.G. Kingston; and is printed in Everyman’s Library by special exclusive arrangement with Messrs Sampson Low, Marston & Co., Ltd., 1909.

The list of tales and romances by Jules Verne includes the following:—

It was now two years and a half since the castaways from the balloon had been thrown on Lincoln Island, and during that period there had been no communication between them and their fellow-creatures. Once the reporter had attempted to communicate with the inhabited world by confiding to a bird a letter which contained the secret of their situation, but that was a chance on which it was impossible to reckon seriously. Ayrton, alone, under the circumstances which have been related, had come to join the little colony. Now, suddenly, on this day, the 17th of October, other men had unexpectedly appeared in sight of the island, on that deserted sea...!