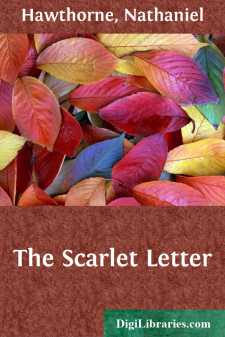 THE CUSTOM-HOUSE INTRODUCTORY TO "THE SCARLET LETTER"

It is a little remarkable, that—though disinclined to talk overmuch of myself and my affairs at the fireside, and to my personal friends—an autobiographical impulse should twice in my life have taken possession of me, in addressing the public. The first time was three or four years since, when I favoured the reader—inexcusably, and for no earthly reason that either the indulgent reader or the intrusive author could imagine—with a description of my way of life in the deep quietude of an Old Manse. And now—because, beyond my deserts, I was happy enough to find a listener or two on the former occasion—I again seize the public by the button, and talk of my three years' experience in a Custom-House. The example of the famous "P. P., Clerk of this Parish," was never more faithfully followed. The truth seems to be, however, that when he casts his leaves forth upon the wind, the author addresses, not the many who will fling aside his volume, or never take it up, but the few who will understand him better than most of his schoolmates or lifemates. Some authors, indeed, do far more than this, and indulge themselves in such confidential depths of revelation as could fittingly be addressed only and exclusively to the one heart and mind of perfect sympathy; as if the printed book, thrown at large on the wide world, were certain to find out the divided segment of the writer's own nature, and complete his circle of existence by bringing him into communion with it. It is scarcely decorous, however, to speak all, even where we speak impersonally. But, as thoughts are frozen and utterance benumbed, unless the speaker stand in some true relation with his audience, it may be pardonable to imagine that a friend, a kind and apprehensive, though not the closest friend, is listening to our talk; and then, a native reserve being thawed by this genial consciousness, we may prate of the circumstances that lie around us, and even of ourself, but still keep the inmost Me behind its veil. To this extent, and within these limits, an author, methinks, may be autobiographical, without violating either the reader's rights or his own.

It will be seen, likewise, that this Custom-House sketch has a certain propriety, of a kind always recognised in literature, as explaining how a large portion of the following pages came into my possession, and as offering proofs of the authenticity of a narrative therein contained. This, in fact—a desire to put myself in my true position as editor, or very little more, of the most prolix among the tales that make up my volume—this, and no other, is my true reason for assuming a personal relation with the public. In accomplishing the main purpose, it has appeared allowable, by a few extra touches, to give a faint representation of a mode of life not heretofore described, together with some of the characters that move in it, among whom the author happened to make one.

In my native town of Salem, at the head of what, half a century ago, in the days of old King Derby, was a bustling wharf—but which is now burdened with decayed wooden warehouses, and exhibits few or no symptoms of commercial life; except, perhaps, a bark or brig, half-way down its melancholy length, discharging hides; or, nearer at hand, a Nova Scotia schooner, pitching out her cargo of firewood—at the head, I say, of this dilapidated wharf, which the tide often overflows, and along which, at the base and in the rear of the row of buildings, the track of many languid years is seen in a border of unthrifty grass—here, with a view from its front windows adown this not very enlivening prospect, and thence across the harbour, stands a spacious edifice of brick....