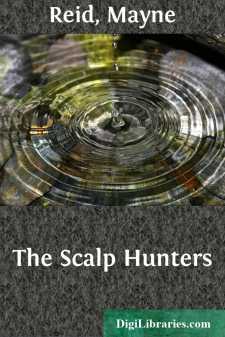 Unroll the world’s map, and look upon the great northern continent of America. Away to the wild west, away toward the setting sun, away beyond many a far meridian, let your eyes wander. Rest them where golden rivers rise among peaks that carry the eternal snow. Rest them there.

You are looking upon a land whose features are un-furrowed by human hands, still bearing the marks of the Almighty mould, as upon the morning of creation; a region whose every object wears the impress of God’s image. His ambient spirit lives in the silent grandeur of its mountains, and speaks in the roar of its mighty rivers: a region redolent of romance, rich in the reality of adventure.

Follow me, with the eye of your mind, through scenes of wild beauty, of savage sublimity.

I stand in an open plain. I turn my face to the north, to the south, to the east, and to the west; and on all sides behold the blue circle of the heavens girdling around me. Nor rock, nor tree, breaks the ring of the horizon. What covers the broad expanse between? Wood? water? grass? No; flowers. As far as my eye can range, it rests only on flowers, on beautiful flowers!

I am looking as on a tinted map, an enamelled picture brilliant with every hue of the prism.

Yonder is golden yellow, where the helianthus turns her dial-like face to the sun. Yonder, scarlet, where the malva erects its red banner. Here is a parterre of the purple monarda, there the euphorbia sheds its silver leaf. Yonder the orange predominates in the showy flowers of the asclepia; and beyond, the eye roams over the pink blossoms of the cleome.

The breeze stirs them. Millions of corollas are waving their gaudy standards. The tall stalks of the helianthus bend and rise in long undulations, like billows on a golden sea.

They are at rest again. The air is filled with odours sweet as the perfumes of Araby or Ind. Myriads of insects flap their gay wings: flowers of themselves. The bee-birds skirr around, glancing like stray sunbeams; or, poised on whirring wings, drink from the nectared cups; and the wild bee, with laden limbs, clings among the honeyed pistils, or leaves for his far hive with a song of joy.

Who planted these flowers? Who hath woven them into these pictured parterres? Nature. It is her richest mantle, richer in its hues than the scarfs of Cashmere.

This is the “weed prairie.” It is misnamed. It is “the garden of God.”

The scene is changed. I am in a plain as before, with the unbroken horizon circling around me. What do I behold? Flowers? No; there is not a flower in sight, but one vast expanse of living verdure. From north to south, from east to west, stretches the prairie meadow, green as an emerald, and smooth as the surface of a sleeping lake.

The wind is upon its bosom, sweeping the silken blades. They are in motion; and the verdure is dappled into lighter and darker shades, as the shadows of summer clouds flitting across the sun.

The eye wanders without resistance. Perchance it encounters the dark hirsute forms of the buffalo, or traces the tiny outlines of the antelope....