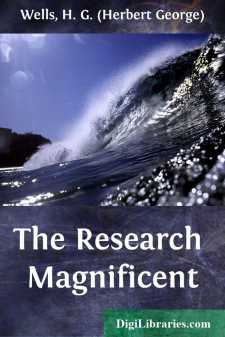 ON FEAR AND ARISTOCRACY 1

The story of William Porphyry Benham is the story of a man who was led into adventure by an idea. It was an idea that took possession of his imagination quite early in life, it grew with him and changed with him, it interwove at last completely with his being. His story is its story. It was traceably germinating in the schoolboy; it was manifestly present in his mind at the very last moment of his adventurous life. He belonged to that fortunate minority who are independent of daily necessities, so that he was free to go about the world under its direction. It led him far. It led him into situations that bordered upon the fantastic, it made him ridiculous, it came near to making him sublime. And this idea of his was of such a nature that in several aspects he could document it. Its logic forced him to introspection and to the making of a record.

An idea that can play so large a part in a life must necessarily have something of the complication and protean quality of life itself. It is not to be stated justly in any formula, it is not to be rendered by an epigram. As well one might show a man's skeleton for his portrait. Yet, essentially, Benham's idea was simple. He had an incurable, an almost innate persuasion that he had to live life nobly and thoroughly. His commoner expression for that thorough living is "the aristocratic life." But by "aristocratic" he meant something very different from the quality of a Russian prince, let us say, or an English peer. He meant an intensity, a clearness.... Nobility for him was to get something out of his individual existence, a flame, a jewel, a splendour—it is a thing easier to understand than to say.

One might hesitate to call this idea "innate," and yet it comes soon into a life when it comes at all. In Benham's case we might trace it back to the Day Nursery at Seagate, we might detect it stirring already at the petticoat stage, in various private struttings and valiant dreamings with a helmet of pasteboard and a white-metal sword. We have most of us been at least as far as that with Benham. And we have died like Horatius, slaying our thousands for our country, or we have perished at the stake or faced the levelled muskets of the firing party—"No, do not bandage my eyes"—because we would not betray the secret path that meant destruction to our city. But with Benham the vein was stronger, and it increased instead of fading out as he grew to manhood. It was less obscured by those earthy acquiescences, those discretions, that saving sense of proportion, which have made most of us so satisfactorily what we are. "Porphyry," his mother had discovered before he was seventeen, "is an excellent boy, a brilliant boy, but, I begin to see, just a little unbalanced."

Most of us are—balanced; in spite of occasional reveries we do come to terms with the limitations of life, with those desires and dreams and discretions that, to say the least of it, qualify our nobility, we take refuge in our sense of humour and congratulate ourselves on a certain amiable freedom from priggishness or presumption, but for Benham that easy declension to a humorous acceptance of life as it is did not occur....