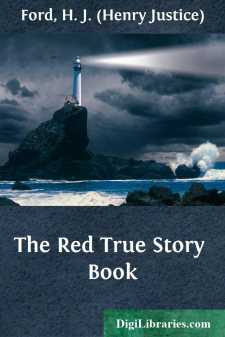 'They were men whose fathers were men' TO make it clear how Major Wilson and his companions came to die on the banks of the Shangani on December 4, 1893, it will be necessary, very briefly, to sketch the events which led to the war between the English settlers in Mashonaland in South Africa and the Matabele tribe, an offshoot of the Zulu race.

In October 1889, at the instance of Mr. Cecil Rhodes and others interested, the Chartered Company of British South Africa was incorporated, with the sanction of Her Majesty's Government.

In 1890 Mashonaland was occupied, a vast and fertile territory nominally under the rule of Lobengula, king of the Matabele, which had been ceded by him to the representatives of the Company in return for certain valuable considerations. It is, however, an easier task for savage kings to sign concessions than to ensure that such concessions will be respected by their subjects, especially when those 'Subjects' are warriors by nature, tradition, and practice, as in the present case, and organised into regiments, kept from year to year in perfect efficiency and readiness for attack. Whatever may have been Lobengula's private wishes and opinions, it soon became evident that the gathering of the white men upon their borders, and in a country which they claimed by right of conquest if they did not occupy it, was most distasteful to the more warlike sections of the Matabele.

Mashonaland takes its name from the Mashona tribes who inhabit it, a peaceful and, speaking by comparison, an industrious race, whom, ever since they first settled in the neighbourhood, it had been the custom of the subjects of Lobengula and of his predecessor, Mosilikatze, 'the lion,' to attack with every cruelty conceivable, raiding their cattle, slaughtering their men, and sweeping their maidens and young children into captivity. Terrified, half exterminated indeed, as they were by these constant and unprovoked onslaughts, the Mashonas welcomed with delight the occupation of their country by white men, and thankfully placed themselves under the protection of the Chartered Company.

The Matabele regiments, however, took a different view of the question, for now their favourite sport was gone: they could no longer practise rapine and murder, at least in this direction, whenever the spirit moved them. Presently the force of habit overcame their fear of the white men and their respect for treaties, and towards the end of 1891 the chief Lomaghondi, who lived under the protection of the Company, was killed by them. Thereon Dr. Jameson, the Administrator of Mashonaland, remonstrated with Lobengula, who expressed regret, saying that the incident had happened by mistake.

This repudiation notwithstanding, an impi, or armed body of savages, again crossed the border in 1892, and raided in the Victoria district. Encouraged by the success of these proceedings, in July 1893 Lobengula sent a picked company to harry in the neighbourhood of Victoria itself, writing to Dr. Jameson that he made no excuse for so doing, claiming as he did the right to raid when, where, and whom he chose....