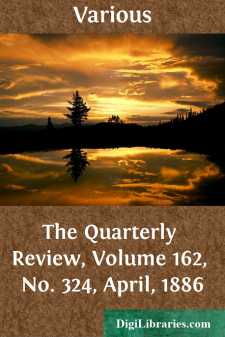 Some of our readers are not likely yet to have forgotten the remarkable essay which the late Professor Brewer contributed to our pages in 1871, and which has since been reprinted in the volume of 'English Studies,' published shortly after the author's death in 1879. English History owes a larger debt to few men of our time than it owes to Mr. Brewer. As a teacher whose pupils were always eager to listen to all that fell from his lips, and whose enthusiasm never failed to awake a kindred spark in the minds of those who looked to him for light in dark places and guidance along tortuous paths of research, Mr. Brewer has had few equals, and perhaps has left no successor who can compare with him. As a writer he was always brilliant, lucid, and vigorous, and his unrivalled 'Introductions' to the Calendars of Letters and Papers, concerned with the reign of Henry VIII., will long continue to be read by all students of our History, as necessary and indispensable interpreters of the vast storehouses of original documents which he did so much to rescue from the oblivion or obscurity to which they had previously been consigned. But it was as an organizer of research that Mr. Brewer earned his greatest fame and achieved his greatest success, and it was to him more than to any one man, to his immense persistence in urging upon the powers that be a more generous freedom of access to our Records, and to his prodigious powers of work in arranging and tabulating the enormous masses of documents of all kinds which constitute the Apparatus of English History, that this country stands indebted, and will remain indebted as long as our literature lasts.

In the Essay on 'New Sources of English History' the learned author has given us a startling account of the deplorable condition into which some of the most precious of our national manuscripts had been allowed to fall—of the utterly chaotic state of our depositories—of the hopelessness, the despair which must needs have come upon one student after another who might be fortunate enough to be turned loose into the various prison-houses of our muniments—and of the efforts made, and happily at last made with splendid success, to cleanse the Augean stable, and to let the world know something of the wealth it contained. With characteristic modesty Mr. Brewer said nothing of his own part in all that laborious and sagacious organization which resulted in our obtaining the magnificent Calendars, which have opened out to us all 'that new world which is the old' that had become almost forgotten or unknown. He was not the man to assert himself, he knew that posterity would give him his due, but with a simple desire to stimulate research, and to show how much remained to be done, and how much to be discovered and made known, he drew the attention of his readers chiefly and primarily to the value of the Calendars, and to the important results which those Calendars had already produced, and were destined to produce hereafter. He had quite enough to say upon this point, and if his life had been spared, it is probable that he would eventually have given us a more comprehensive account of the series of volumes which, though now issuing from the press pari passu with the Calendars, were originally undertaken a little later. Such an Essay by such a master would indeed have been an important aid to the student, but at the time of Mr. Brewer's lamented death the day had hardly come for such a résumé; and even now, though so much has been achieved, so much and so well, the hour has hardly arrived nor the man for taking a comprehensive survey, and giving to the public an intelligent and intelligible account of that other Library of Chronicles, and biographies, and letters, and cartularies, and those other memorials of the Middle Ages in England, which it is to be feared are hardly as well known as they ought to be, nor as widely studied as they deserve.

Meanwhile it is high time that attention should be drawn to that noble series of volumes now issuing from the press under the editorship of scholars whose reputation is assured, and whose work continues to enhance their reputation—high time that we should begin to do something like justice to the labourers, who have deserved so well at the hands of such Englishmen as have any sentiment of loyalty to the great thoughts, the great doings, and the noble lives of their forefathers. The philosopher, who 'holds the mirror up to nature,' has not of late, as a rule, missed his reward. The historian, who in his dogged, patient, toilsome fashion holds the mirror up to the life of bygone ages, has received among us scant recognition, and generally is rewarded with but barren honour....