The Purgatory of St. Patrick 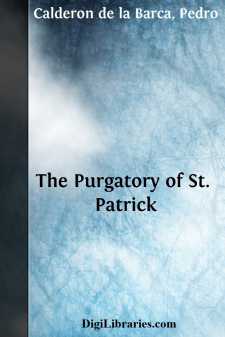 "Philip called the good Duke of Burgundy, in the memory of our ancestors, being at Bruxelles with his Court, and walking one night after supper through the streets, accompanied by some of his favourites, he found lying upon the stones a certaine artisan that was very dronke, and that slept soundly. It pleased the prince in this artisan to make trial of the vanity of our life, whereof he had before discoursed with his familiar friends. He therefore caused this sleeper to be taken up, and carried into his palace; he commands him to be layed in one of the richest beds; a riche night cap to be given him; his foule shirt to be taken off, and to have another put on him of fine holland. When as this dronkard had digested his wine, and began to awake, behold there comes about his bed Pages and Groomes of the Duke's Chamber, who drawe the curteines, make many courtesies, and being bare-headed, aske him if it please him to rise, and what apparell it would please him to put on that day. They bring him rich apparell. This new Monsieur amazed at such courtesie, and doubting whether he dreamt or waked, suffered himselfe to be drest, and led out of the chamber. There came noblemen which saluted him with all honour, and conduct him to the Masse, where with great ceremonie they give him the booke of the Gospell, and the Pixe to kisse, as they did usually to the Duke. From the Masse they bring him back unto the pallace; he washes his hands, and sittes down at the table well furnished. After dinner, the Great Chamberlain commands cards to be brought with a great summe of money. This Duke in imagination playes with the chief of the Court. Then they carry him to walke in the gardein, and to hunt the hare, and to hawke. They bring him back into the pallace, where he sups in state. Candles being light the musitions begin to play; and the tables taken away, the gentlemen and gentlewomen fell to dancing....