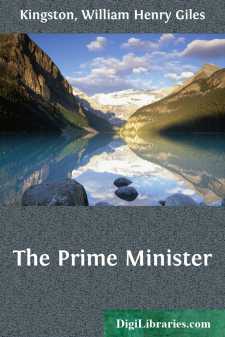 Having resolved to employ myself, during a prolonged residence in Portugal, in writing some work of fiction on that country, it struck me that the Times of the Marquis of Pombal would afford a good subject, untouched, as it is, by any other author. For a considerable time I delayed commencing my undertaking, almost in despair of finding the necessary materials. I wrote frequently to Lisbon to procure information, and mentioned my purpose to several Portuguese friends, who, at length, put at my disposal all the documents they possess relating to the private history of their families. From them I have composed the following work.

I enjoyed, also, free access to the public Library at Oporto, a magnificent establishment, containing many thousand volumes, in all languages. Nor must I omit to mention the courteous attention I received from Senhor Gandra, the chief Librarian, in aiding me in my search for the works I required. Here I found several valuable volumes, in French and Italian, relating to the administration of the Marquis of Pombal, and the intrigues of the Jesuits; and some, in Portuguese, giving an account of the earthquake.

The Library is established in a large building, formerly the Convent of S. Lazaro, the principal room vying in size and elegance with any of which the first cities in Europe can boast. There are, also, numerous other apartments, occupying the entire floor of the edifice, now crowded with books, which it will take many years to arrange.

My history commences in the summer of 1755, the year of the great earthquake of Lisbon, some time before which period, the weak, bigoted, and profligate King John the Fifth of Portugal, after allowing his country to sink into a state bordering on ruin, had finished his pernicious reign, and worthless life, being succeeded by his son, Joseph the First.

Though in the character of Joseph there appears to have been, in some respects, but a slight improvement over that of his father, he was certainly less superstitious; while he possessed the valuable quality of appreciating the talents of others, which caused him to select as his adviser, Sebastiao Joseph de Carvalho, afterwards created Marquis of Pombal, one of the most energetic men his country has ever produced. Carvalho was now at the head of the administration, and had begun that system of reform, (which ended but with his fall from power,) although he had not then succeeded in gaining that implicit confidence of his sovereign which he afterwards possessed. For the particulars of the history and state of the country antecedent to the time I speak of, I refer my readers to the introduction to the “Memoirs of Pombal,” lately published, written by the Secretary to the Marquis of Saldanha, Mr Smith, though in many points I differ from that gentleman in the view he takes of the great Minister’s character and actions.

The Marquis of Saldanha is a descendant of Pombal; and his Secretary has naturally been biassed in favour of his patron’s ancestor....