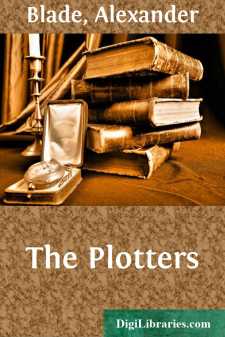 It seemed to be the same tree that kept getting in my way. I tried to go around it but it moved with me and I ran right into it. I found myself sprawled on my back and my nose was bleeding where I had hit it against the tree. Then I got up and ran again.

I had to keep running. I didn't know why; I just had to. There was a puddle of water and I splashed through it and then slipped and fell into a thorny bush. When I got up there were scratches on my hands and face and chest.

As yet I felt no pain. That wouldn't come for a while, after I had done a lot more running. But at the moment I couldn't feel a thing.

In my conscious mind there was only a sort of grayness. I didn't know where I was, or who I was, or why I was running. I didn't know that if I ran long enough and bumped into enough trees and scratched myself often enough I would eventually feel pain. Or that out of the exertion and the pain would come awareness.

All that must have been there, but buried so deep it didn't come through. It was only instinct which kept me going.

The same tree was in my way again and this time I didn't even try to go around it. My breath was knocked out of me. After a few gasps it came back, and then I was off again.

I went up a rise and down into a hollow and tripped over roots. That time I didn't fall. I went up the other side of the hollow with the wind whistling in my ears. A few drops of rain fell. There were flashes of lightning in the sky.

Wet leaves whipped against my face and there was a crack of thunder so close that it shook me. I ran away from the thunder and up another rise and down into another hollow.

The wind was stronger now. It came in long blasts. Sometimes I ran with it and sometimes against it. When I ran against it I didn't make much headway, but my legs kept pumping. There was tall grass to slow me down and there were roots to trip me. There was the wind and the thunder and the lightning. And there were always trees.

And then there was a terrible flash and above me a crack that was not of thunder. Something came crashing down. It was the limb of a tree. It crashed against my chest and smashed me flat on my back and pinned me there.

One of my ribs felt broken. It jabbed into me as I fought to raise this weight from my chest, and this was a pain I could feel.

This was something that hurt as nothing had ever hurt me before. This was excruciating. But it was the pain that cut through the grayness of my mind, and because of that I welcomed it.

With the pain would come knowledge. I would know who I was and why I was running. Already there were figures racing across the blankness. There were faces and there were names: Ristal, Kresh, Marko, Copperd, Beth.

I was Marko. I knew that much already. Beth was the golden girl. Somehow I knew that too. But who were the others?

I checked with the mirror for the last time and decided that I would pass muster. As far as I could see, I looked like almost any college student.

There wasn't anything I could do about my hair....