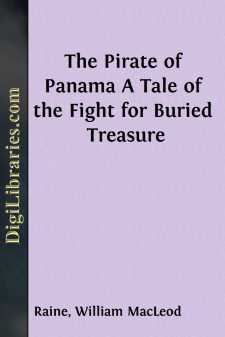 CHAPTER I A SCRAP OF PAPER

It was a dismal, sodden morning, with heavy clouds banked in the western sky. Rain had sloshed down since midnight so that the gutter in front of me was a turbid little river.

A chill wind swept across the city and penetrated to the marrow. From the summit of the hill, three blocks above me, my car was sliding down, but I clung to the curb to postpone until the last moment a plunge into the flowing street.

Since I was five-and-twenty, in tip-top health, and Irish by descent, I whistled while the windswept drops splashed the shine from my shoes. Rain or sun, 'twas a good little old world, though, faith! I could have wished it a less humdrum one.

For every morning I waited at that same time and place for the same car to take me to my desk in the offices of Kester & Wilcox, and every day I did the same sort of routine grubbing in preparation of cases for more experienced lawyers to handle.

Sometimes it flashed across me that I was a misfit. Nature had cast me for the part of a soldier of fortune, and instead I was giving my services to help a big corporation escape the payment of damages for accidents caused by its cars. I had turned my back on the romance of life. Well, it was the penalty one must pay to win success.

And while I stood on the curb there fluttered down to me from the dun heavens an invitation to the great adventure my soul longed for. It came on a gust of wind and lay on the sidewalk at my feet, a torn sheet of paper yellowed with age.

I had no premonition of what that faded bit of parchment meant, no picture of men in deadly battle, of the flash of knives or the gleam of revolvers, of lusty seamen lying curled on the deck where they had fallen at the call of sudden death. The only feeling that stirred in me was a faint curiosity at the odd markings on the sheet.

My foot moved forward and pinned the paper to the cement walk. Should I pick it up? Of what use? It would turn out to be only some Chinese laundry bill. Already the gong of the street-car was not more than a block away as it swept down the hill.

Was it some faint sound that drew my eyes up? Or was I answering the call of my destiny when my lifted gaze met the figure of a young woman framed in a second-story window? She was leaning far out, with arm stretched down and fingers opened wide.

Behind her stood a man, also out of the window to his waist. One of his hands clutched her wrist, the other reached toward hers. That he had been trying to take from her the paper she had flung away was an easy guess.

I had but the fraction of a second before my car was slowing for the crossing, but it was long enough to read in his dark face a malignant rage, in her fair, flushed one a defiant triumph. Stooping, I gathered the document that lay under my foot, then ran forward and swung to the platform of the car.

If there had been time for second thought I might have stayed to see the drama out, or I might have left the cause of quarrel where it lay. As it was I had done neither one thing nor the other....