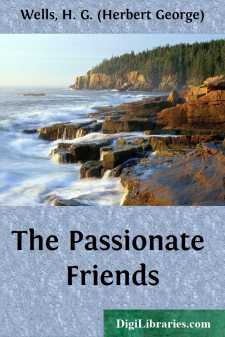 I want very much to set down my thoughts and my experiences of life. I want to do so now that I have come to middle age and now that my attitudes are all defined and my personal drama worked out I feel that the toil of writing and reconsideration may help to clear and fix many things that remain a little uncertain in my thoughts because they have never been fully stated, and I want to discover any lurking inconsistencies and unsuspected gaps. And I have a story. I have lived through things that have searched me. I want to tell that story as well as I can while I am still a clear-headed and active man, and while many details that may presently become blurred and altered are still rawly fresh in my mind. And to one person in particular do I wish to think I am writing, and that is to you, my only son. I want to write my story not indeed to the child you are now, but to the man you are going to be. You are half my blood and temperamentally altogether mine. A day will come when you will realize this, and want to know how life has gone with me, and then it may be altogether too late for me to answer your enquiries. I may have become inaccessible as old people are sometimes inaccessible. And so I think of leaving this book for you—at any rate, I shall write it as if I meant to leave it for you. Afterwards I can consider whether I will indeed leave it....

The idea of writing such a book as this came to me first as I sat by the dead body of your grandfather—my father. It was because I wanted so greatly such a book from him that I am now writing this. He died, you must know, only a few months ago, and I went to his house to bury him and settle all his affairs.

At one time he had been my greatest friend. He had never indeed talked to me about himself or his youth, but he had always showed an extraordinary sympathy and helpfulness for me in all the confusion and perplexities into which I fell. This did not last to the end of his life. I was the child of his middle years, and suddenly, in a year or less, the curtains of age and infirmity fell between us. There came an illness, an operation, and he rose from it ailing, suffering, dwarfed and altogether changed. Of all the dark shadows upon life I think that change through illness and organic decay in the thoughts and spirits of those who are dear and close to us is the most evil and distressing and inexplicable. Suddenly he was a changeling, a being querulous and pitiful, needing indulgence and sacrifices.

In a little while a new state of affairs was established. I ceased to consider him as a man to whom one told things, of whom one could expect help or advice. We all ceased to consider him at all in that way. We humored him, put pleasant things before him, concealed whatever was disagreeable. A poor old man he was indeed in those concluding years, weakly rebellious against the firm kindliness of my cousin, his housekeeper and nurse. He who had once been so alert was now at times astonishingly apathetic. At times an impish malice I had never known in him before gleamed in little acts and speeches. His talk rambled, and for the most part was concerned with small, long-forgotten contentions. It was indistinct and difficult to follow because of a recent loss of teeth, and he craved for brandy, to restore even for a moment the sense of strength and well-being that ebbed and ebbed away from him. So that when I came to look at his dead face at last, it was with something like amazement I perceived him grave and beautiful—more grave and beautiful than he had been even in the fullness of life.

All the estrangement of the final years was wiped in an instant from my mind as I looked upon his face. There came back a rush of memories, of kind, strong, patient, human aspects of his fatherhood. And I remembered as every son must remember—even you, my dear, will some day remember because it is in the very nature of sonship—insubordinations, struggles, ingratitudes, great benefits taken unthankfully, slights and disregards. It was not remorse I felt, nor repentance, but a tremendous regret that so things had happened and that life should be so. Why is it, I thought, that when a son has come to manhood he cannot take his father for a friend? I had a curious sense of unprecedented communion as I stood beside him now. I felt that he understood my thoughts; his face seemed to answer with an expression of still and sympathetic patience.

I was sensible of amazing gaps....