The Overcoming Life and Other Sermons 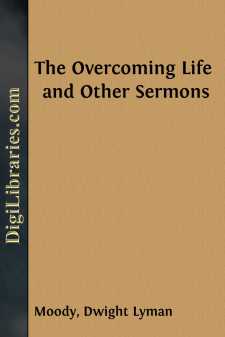 PART I. THE CHRISTIAN’S WARFARE.

When a battle is fought, all are anxious to know who are the victors. In these verses we are told who is to gain the victory in life. When I was converted I made this mistake: I thought the battle was already mine, the victory already won, the crown already in my grasp. I thought that old things had passed away, that all things had become new; that my old corrupt nature, the Adam life, was gone. But I found out, after serving Christ for a few months, that conversion was only like enlisting in the army, that there was a battle on hand, and that if I was to get a crown, I had to work for it and fight for it.

Salvation is a gift, as free as the air we breathe. It is to be obtained, like any other gift, without money and without price: there are no other terms. “To him that worketh not, but believeth.” But on the other hand, if we are to gain a crown, we must work for it. Let me quote a few verses in First Corinthians: “For other foundation can no man lay than that which is laid, which is Jesus Christ. But if any man buildeth on the foundation gold, silver, costly stones, wood, hay, stubble; each man’s work shall be made manifest: for the day shall declare it, because it is revealed in fire: and the fire itself shall prove each man’s work, of what sort it is. If any man’s work shall abide, which he built thereon, he shall receive a reward. If any man’s work shall be burned, he shall suffer loss: but he himself shall be saved; yet so as through fire.”

We see clearly from this that we may be saved, but all our works burned up. I may have a wretched, miserable voyage through life, with no victory, and no reward at the end; saved, yet so as by fire, or as Job puts it, “with the skin of my teeth.” I believe that a great many men will barely get to heaven as Lot got out of Sodom, burned out, nothing left, works and everything else destroyed.

It is like this: when a man enters the army, he is a member of the army the moment he enlists; he is just as much a member as a man who has been in the army ten or twenty years. But enlisting is one thing, and participating in a battle another. Young converts are like those just enlisted.

It is folly for any man to attempt to fight in his own strength. The world, the flesh and the devil are too much for any man. But if we are linked to Christ by faith, and He is formed in us the hope of glory, then we shall get the victory over every enemy. It is believers who are the overcomers. “Thanks be unto God, which always causeth us to triumph in Christ.” Through Him we shall be more than conquerors.

I wouldn’t think of talking to unconverted men about overcoming the world, for it is utterly impossible....