The Outline of Science, Vol. 1 (of 4) A Plain Story Simply Told 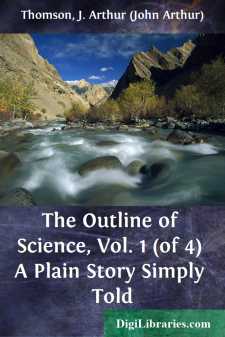 Gallick Reports: Or, A Collection of Criminal Cases adjudg'd in the Courts of Judicature in France.

An Account of Arnold du Tilh, an Impostor, who deceived a Man's Wife and Relations, and puzzled, for a long Time, the Parliament of France. Memoirs of the famous Madam de Brinvilliers, who poisoned her Father, and two Brothers, and attempted the Life of her Sister, &c. The Misfortunes of the Sieur d' Anglade, condemn'd (tho' Innocent) to the Gallies, and who died before his Innocence was discovered. The Intrigues of Cardinal Richlieu for the Destruction of Urban Grandier, a Priest, whom he caused to be burnt for Sorcery. The Case of Madam Tiquet, beheaded in the late Reign, for attempting the Life of her Husband.

To which is prefixed a copious Preface, in Relation to the Laws and Constitution of France.

ABrabanal's (Sol.) complaint of the Children of Israel, representing their Grievance under the Penal-Laws, and praying, that if the Tests are repealed, the Jews may have the Benefit of this Indulgence, &c. 6d.

Abridgement of the Statutes from the 4th to the 9th Years of King George IId, inclusive, being Vol. the 9th, R. Gosling, 4s. 6d.

Abstracts of the Act for Building the Bridge at Westminster. To which are added, Terms of Insurance, &c. J. Millan, 1s.

Address to the People; occasioned by an Insult upon some late Acts of Parliament, J. Roberts, 3d.

Advice to a Friend on his Marriage, T. Cooper, 1s.

Advice of a Mother to her Son and Daughter, publish'd in France and Holland, with great Applause, T. Worrall, 2s.

Allen's (William) Ways and Means to raise the Value of Land: Or, The Landlord's Companion, &c. J. Roberts, 1s.

Alliance (The) between Church and State: Or, The Necessity of an Establish'd Religion, &c. F. Gyles, 2s.

Answer to the Country Parson's Plea, against the Quakers Tythe-Bill, J. Roberts, 1s.

Answer to a Pamphlet entituled, An Apologetical Defence of a Book entituled, A plain Account of the Lord's Supper, J....