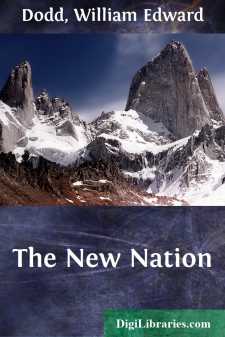 The military successes of the United States in its Civil War maintained the Union, but entailed readjustments in politics, finance, and business that shifted the direction of public affairs for many years. In the eyes of contemporaries these changes were obscured by the vivid scenes of the battlefield, whose intense impressions were not forgotten for a generation. It seemed as though the war were everything, as though the Republican party had preserved the nation, as though the nation itself had arisen with new plumage from the stress and struggle of its crisis. The realities of history, however, which are ever different from the facts seen by the participant, are in this period further from the tradition of the survivor than in any other stage of the development of the United States. As the Civil War is viewed from the years that followed it, the actualities that must be faced are the facts that the dominant party saved neither the nation nor itself except by changing its identity; that economic and industrial progress continued through the war with unabated speed, and that out of the needs of a new economic life arose the new nation.

The Republican party, whose older spokesmen had been trained as Whigs or Democrats, had by 1861 seasoned its younger leaders in two national campaigns. It had lost the first flush of the new enthusiasm which gave it birth as a party opposed to the extension of slavery. The signs of the times had been so clear between 1856 and 1860 that many politicians had turned their coats less from a moral principle than from a desire to win. When Lincoln took up the organization of his Administration, these clamored for their rewards. There was nothing in the political ethics of the sixties that discountenanced the use of the spoils of office, and Lincoln himself, though he resented the drain of office-seeking upon his time, appears not to have seen that the spoils system was at variance with the fundamentals of good government.

It was a Republican partisan administration that bore the first brunt of the Civil War, but the struggle was still young when Lincoln realized that the Union could not stand on the legs of any single party. To develop a general Union sentiment became an early aim of his policy and is a key to his period. He was forced to consider and reconcile the claims of all shades of Republican opinion, from that of the most violent abolitionist to that of the mere unionist. In the Democracy, opinion ranged from that of the strong war Democrat to that of the Copperhead whose real sympathies were with the Confederacy.

To conciliate a working majority of the voters of the Union States, a majority which must embrace many Union Democrats, Lincoln steadily loosened the partisan bonds. The congressional elections of 1862 showed that he was still far from success. His overtures to the Democrats of the border States fell into line with his general scheme. His tolerance of McClellan and his support of Stanton, both of whom by sympathy and training were Democrats, reveal the comprehensive power of his endurance....