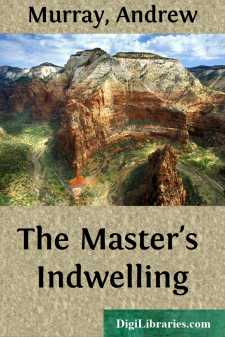 CARNAL CHRISTIANS. I. 1 Corinthians 3: 1.—And I, brethren, could not speak unto you as unto spiritual, but as unto carnal.

The apostle here speaks of two stages of the Christian life, two types of Christians: "I could not speak unto you as unto spiritual, but as unto carnal, even as unto babes in Christ." They were Christians, in Christ, but instead of being spiritual Christians, they were carnal. "I have fed you with milk, and not with meat, for hitherto ye were not able to bear it, neither yet are ye able, for ye are yet carnal." Here is that word a second time. "For whereas"—this is the proof—"there is among you envying, and strife, and divisions, are ye not carnal, and walk as men? For while one saith, I am of Paul, and another, I am of Apollos, are ye not carnal?" Four times the apostle uses that word carnal. In the wisdom which the Holy Ghost gives him, Paul feels:—I can not write to these Corinthian Christians unless I know their state, and unless I tell them of it. If I give spiritual food to men who are carnal Christians, I am doing them more harm than good, for they are not fit to take it. I cannot feed them with meat, I must feed them with milk. And so he tells them at the very outset of the epistle what he sees to be their state. In the two previous chapters he had spoken about his ministry being by the Holy Spirit; now he begins to tell them what must be the state of a people in order to accept spiritual truth, and he says: "I have not liberty to speak to you as I would, for you are carnal, and you cannot receive Spiritual truth." That suggests to us the solemn thought, that in the Church of Christ there are two classes of Christians. Some have lived many years as believers, and yet always remain babes; others are spiritual men, because they have given themselves up to the power, the leading and to the entire rule of the Holy Ghost. If we are to obtain a blessing, we must first decide to which of these classes we belong. Are we, by the grace of God, in deep humility living a spiritual life, or are we living a carnal life? Then, let us first try to understand what is meant by the carnal state in which believers may be living.

We notice from what we find in Corinthians, four marks of the carnal state. First: It is simply a condition of protracted infancy. You know what that means. Suppose a beautiful babe, six months old. It cannot speak, it cannot walk, but we do not trouble ourselves about that; it is natural, and ought to be so. But suppose a year later we find the child not grown at all, and three years later still no growth; we would at once say: "There must be some terrible disease;" and the baby that at six months old was the cause of joy to every one who saw him, has become to the mother and to all a source of anxiety and sorrow. There is something wrong; the child can not grow. It was quite right at six months old that it should eat nothing but milk; but years have passed by, and it remains in the same weakly state. Now this is just the condition of many believers....