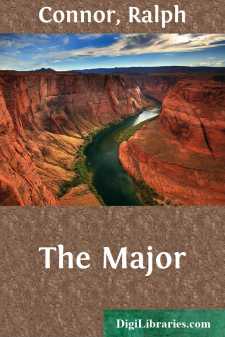 CHAPTER I THE COWARD

Spring had come. Despite the many wet and gusty days which April had thrust in rude challenge upon reluctant May, in the glory of the triumphant sun which flooded the concave blue of heaven and the myriad shaded green of earth, the whole world knew to-day, the whole world proclaimed that spring had come. The yearly miracle had been performed. The leaves of the maple trees lining the village street unbound from their winter casings, the violets that lifted brave blue eyes from the vivid grass carpeting the roadside banks, the cherry and plum blossoms in the orchards decking the still leafless trees with their pink and white favours, the timid grain tingeing with green the brown fields that ran up to the village street on every side—all shouted in chorus that spring had come. And all the things with new blood running wild in their veins, the lambs of a few days still wobbly on ridiculous legs skipping over and upon the huge boulders in farmer Martin's meadow, the birds thronging the orchard trees, the humming insects rioting in the genial sun, all of them gave token of strange new impulses calling for something more than mere living because spring had come.

Upon the topmost tip of the taller of the twin poplars that flanked the picket gate opening upon the Gwynnes' little garden sat a robin, his head thrown back to give full throat to the song that was like to burst his heart, monotonous, unceasing, rapturous. On the door step of the Gwynnes' house, arrested on the threshold by the robin's song, stood the Gwynne boy of ten years, his eager face uplifted, himself poised like a bird for flight.

"Law-r-ence," clear as a bird call came the voice from within.

"W-a-i-t," came the clear, birdlike call again, and in a moment the mother came running, stood beside the boy, and followed his eye to the robin on the poplar tree. "A brave little bird," she said. "That is the way to meet the day, with a brave heart and a bright song. Goodbye, boy." She kissed him as she spoke, giving him a slight pat on the shoulder. "Away you go."

But the boy stood fascinated by the bird so gallantly facing his day. His mother's words awoke in him a strange feeling. "A brave heart and a bright song"—so the knights in the brave days of old, according to his Stories of the Round Table, were wont to go forth. In imitation of the bird, the boy threw back his head, and with another cheery good-bye to his mother, sprang clear of the steps and ran down the grass edged path, through the gate and out onto the village street. There he stood first looking up the country road which in the village became a street. There was nothing to be seen except that in the Martin orchard "Ol' Martin" was working with his team under the trees which came in rows down to the road. Finding nothing to interest him there, he turned toward the village and his eyes searched the street....