The Lives of the Poets of Great Britain and Ireland (1753) Volume V. 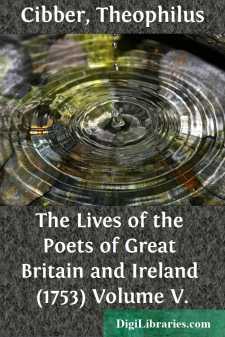 THE LIVES OF THE POETS

was the eldest son of Gilbert Budgell, D.D. of St. Thomas near Exeter, by his first wife Mary, the only daughter of Dr. William Gulston, bishop of Bristol; whose sister Jane married dean Addison, and was mother to the famous Mr. Addison the secretary of state. This family of Budgell is very old, and has been settled, and known in Devonshire above 200 years[1].

Eustace was born about the year 1685, and distinguished himself very soon at school, from whence he was removed early to Christ's Church College in Oxford, where he was entered a gentleman commoner. He staid some years in that university, and afterwards went to London, where, by his father's directions, he was entered of the Inner-Temple, in order to be bred to the Bar, for which his father had always intended him: but instead of the Law, he followed his own inclinations, which carried him to the study of polite literature, and to the company of the genteelest people in town. This proved unlucky; for the father, by degrees, grew uneasy at his son's not getting himself called to the Bar, nor properly applying to the Law, according to his reiterated directions and request; and the son complained of the strictness and insufficiency of his father's allowance, and constantly urged the necessity of his living like a gentleman, and of his spending a great deal of money. During this slay, however, at the Temple, Mr. Budgell made a strict intimacy and friendship with Mr. Addison, who was first cousin to his mother; and this last gentleman being appointed, in the year 1710, secretary to lord Wharton, the lord lieutenant of Ireland, he made an offer to his friend Eustace of going with him as one of the clerks in his office. The proposal being advantageous, and Mr. Budgell being then on bad terms with his father, and absolutely unqualified for the practice of the Law, it was readily accepted. Nevertheless, for fear of his father's disapprobation of it, he never communicated his design to him 'till the very night of his setting out for Ireland, when he wrote him a letter to inform him at once of his resolution and journey. This was in the beginning of April 1710, when he was about twenty five years of age. He had by this time read the classics, the most reputed historians, and all the best French, English, or Italian writers. His apprehension was quick, his imagination fine, and his memory remarkably strong; though his greatest commendations were a very genteel address, a ready wit and an excellent elocution, which shewed him to advantage wherever he went. There was, notwithstanding, one principal defect in his disposition, and this was an infinite vanity, which gave him so insufferable a presumption, as led him to think that nothing was too much for his capacity, nor any preferment, or favour, beyond his deserts. Mr. Addison's fondness for him perhaps increased this disposition, as he naturally introduced him into all the company he kept, which at that time was the best, and most ingenious in the two kingdoms....