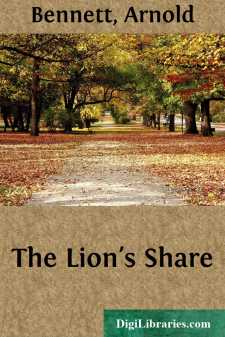 MISS INGATE, AND THE YACHT

Audrey had just closed the safe in her father’s study when she was startled by a slight noise. She turned like a defensive animal to face danger. It had indeed occurred to her that she was rather like an animal in captivity, and she found a bitter pleasure in the idea, though it was not at all original.

“And Flank Hall is my Zoo!” she had said. (Not that she had ever seen the Zoological Gardens or visited London.)

She was lithe; she moved with charm. Her short, plain blue serge walking-frock disclosed the form of her limbs and left them free, and it made her look younger even than she was. Its simplicity suited her gestures and took grace from them. But she wore the old thing without the least interest in it—almost unconsciously. She had none of the preoccupations caused by the paraphernalia of existence. She scarcely knew what it was to own. She was aware only of her body and her soul. Beyond these her possessions were so few, so mean, so unimportant, that she might have carried them to the grave and into heaven without protest from the authorities earthly or celestial.

The slight noise was due to the door of the study, which great age had distorted and bereft of sense, and, in fact, almost unhinged. It unlatched itself, paused, and then calmly but firmly swung wide open. When it could swing no farther it shook, vibrating into repose.

Audrey condemned the door for a senile lunatic, and herself for a poltroon. She became defiant of peril, until the sound of a step on the stair beyond the door threw her back into alarm. But when the figure of Miss Ingate appeared in the doorway she was definitely reassured, to the point of disdain. All her facial expression said: “It’s only Miss Ingate.”

And yet Miss Ingate was not a negligible woman. Her untidy hair was greying; she was stout, she was fifty, she was plain, she had not elegance; her accent and turns of speech were noticeably those of Essex. But she had a magnificent pale forehead; the eyes beneath it sparkled with energy, inquisitiveness, and sagacity; and the mouth beneath the eyes showed by its sardonic dropping corners that she had come to a settled, cheerful conclusion about human nature, and that the conclusion was not flattering. Miss Ingate was a Guardian of the Poor, and the Local Representative of the Soldiers’ and Sailors’ Families Association. She had studied intimately the needy and the rich and the middling. She was charitable without illusions; and, while adhering to every social convention, she did so with a toleration pleasantly contemptuous; in her heart she had no mercy for snobs of any kind, though, unfortunately, she was at times absurdly intimidated by them—at other times she was not.

To the west, within a radius of twelve miles, she knew everybody and everybody knew her; to the east her fame was bounded only by the regardless sea. She and her ancestors had lived in the village of Moze as long as even Mr. Mathew Moze and his ancestors. In the village, and to the village, she was Miss Ingate, a natural phenomenon, like the lie of the land and the river Moze....