The Life of John Ruskin 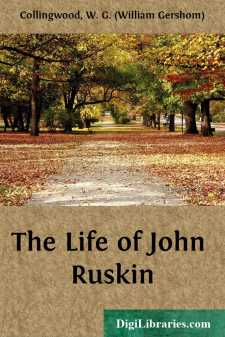 Add to My Favorites
Published: 8 years ago
Downloads: 57
Rating: (0 Votes)

CHAPTER I HIS ANCESTORS

If origin, if early training and habits of life, if tastes, and character, and associations, fix a man's nationality, then John Ruskin must be reckoned a Scotsman. He was born in London, but his family was from Scotland. He was brought up in England, but the friends and teachers, the standards and influences of his early life, were chiefly Scottish. The writers who directed him into the main lines of his thought and work were Scotsmen—from Sir Walter and Lord Lindsay and Principal Forbes to the master of his later studies of men and the means of life, Thomas Carlyle. The religious instinct so conspicuous in him was a heritage from Scotland; thence the combination of shrewd common-sense and romantic sentiment; the oscillation between levity and dignity, from caustic jest to tender earnest; the restlessness, the fervour, the impetuosity—all these are the tokens of a Scotsman of parts, and were highly developed in John Ruskin.

In the days of auld lang syne the Rhynns of Galloway—that hammer-headed promontory of Scotland which looks towards Belfast Lough—was the home of two great families, the Agnews and the Adairs. The Agnews, of Norman race, occupied the northern half, centring about their island-fortress of Lochnaw, where they became celebrated for a long line of hereditary sheriffs and baronets who have played no inconsiderable part in public affairs. The southern half, from Portpatrick to the Mull of Galloway, was held by the Adairs (or, as formerly spelt, Edzears) who took their name from Edgar, son of Dovenald, one of the two Galloway leaders at the Battle of the Standard. Three hundred years later Robert Edzear—who does not know his descendant and namesake, Robin Adair?—settled at Gainoch, near the head of Luce Bay; and for another space of 300 years his children kept the same estate, in spite of private feud, and civil war, and religious persecution, of which they had more than their share.

At the beginning of the eighteenth century, John Adair, the laird of Little Genoch, was married to Mary Agnew, a near kinswoman of the celebrated Sir Andrew, colonel of the Scots Fusiliers at Dettingen. The exact relationship of Mary Agnew to "the bravest man in the British army" remains undecided, but letters still extant from the Lady Agnew of the day address her as "Dear Molly," and end, "Your affectionate cousin" or "kinswoman." Her son Thomas succeeded his father in 1721, and, retiring with his captaincy, settled on the estate. He married Jean, daughter of Andrew Ross of Balsarroch and Balkail, a lady noted for her beauty, her wit, and her Latin scholarship, and a member of a family which has given many distinguished men to the army and navy. Among them Admiral Sir John Ross, the Arctic explorer, Sir Hew Dalrymple, and Field-Marshal Sir Hew Dalrymple Ross, were all her great-nephews, and her son, Dr. John Adair, was the man in whose arms Wolfe died at the taking of Quebec; it is he who is shown in Benjamin West's picture supporting the General.

Dr. Adair's sister Catherine, the daughter of Thomas Adair and Jean Ross, married the Rev. James Tweddale, minister of Glenluce from 1758 to 1778, representative of an old Covenanting family, and holder of the original Covenant, which had been confided to the care of his great-aunt Catherine by Baillie of Jarviswood on his way to execution in the "killing time." The document was sold with his library at his death, his children being then under age, and is now in the Glasgow Museum. One of these children, Catherine, married a John Ruskin.

The origin of the name of Ruskin is English, dating from the middle ages. Soon after the dissolution of Furness Abbey, Richerde Ruskyn and his family were land-owners at Dalton-in-Furness. One branch, and that with which we are especially concerned, settled in Edinburgh.

John Ruskin—our subject's grandfather—when he ran away with Catherine Tweddale in 1781, was a handsome lad of twenty....