The Life of Columbus 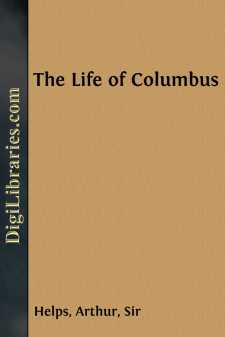 CHAPTER I. Early Discoveries in the Fifteenth Century. LEGENDS OF THE SEA.

Modern familiarity with navigation renders it difficult for us to appreciate adequately the greatness of the enterprise which was undertaken by the discoverers of the New World. Seen by the light of science and of experience, the ocean, if it has some real terrors, has no imaginary ones. But it was quite otherwise in the fifteenth century. Geographical knowledge was but just awakening, after ages of slumber; and throughout those ages the wildest dreams had mingled fiction with fact. Legends telling of monsters of the deep, jealous of invasion of their territory; of rocks of lodestone, powerful enough to extract every particle of iron from a passing ship; of stagnant seas and fiery skies; of wandering saints and flying islands; all combined to invest the unknown with the terrors of the supernatural, and to deter the explorer of the great ocean. The half-decked vessels that crept along the Mediterranean shores were but ill-fitted to bear the brunt of the furious waves of the Atlantic. The now indispensable sextant was but clumsily anticipated by the newly invented astrolabe. The use of the compass had scarcely become familiar to navigators, who indeed but imperfectly understood its properties. And who could tell, it was objected, that a ship which might succeed in sailing down the waste of waters would ever be able to return, for would not the voyage home be a perpetual journey up a mountain of sea?

But the same tradition which set forth the difficulties of reaching the undiscovered countries promised a splendid reward to the successful voyager. Rivers rolling down golden sand, mountains shining with priceless gems, forests fragrant with rich spices were among the substantial advantages to be expected as the result of the enterprise. "Our quest there," said Peter Martyr, "is not for the vulgar products of Europe." The proverb "Omne ignotum pro magnifico" [Transcribers's note: Everything unknown is taken for magnificent.] was abundantly illustrated. And there was another object, besides gain, which was predominant in the minds of almost all the early explorers, namely, the spread of the Christian religion. This desire of theirs, too, seems to have been thoroughly genuine and deep-seated; and it may be doubted whether the discoveries would have been made at that period but for the impulse given to them by the most religious minds longing to promote, by all means in their power, the spread of what, to them, was the only true and saving faith. "I do not," says a candid historian [Faria y Sousa] of that age, "imagine that I shall persuade the world that our intent was only to be preachers; but on the other hand the world must not fancy that our intent was merely to be traders," There is much to blame in the conduct of the first discoverers in Africa and America; it is, however, but just to acknowledge that the love of gold was by no means the only motive which urged them to such endeavours as theirs. To appreciate justly the intensity of their anxiety for the conversion of the heathen, we must keep in our minds the views then universally entertained of the merits and efficacy of mere formal communion with the Church, and the fatal consequences of not being within that communion....