The Life and Voyages of Christopher Columbus (Volume II) 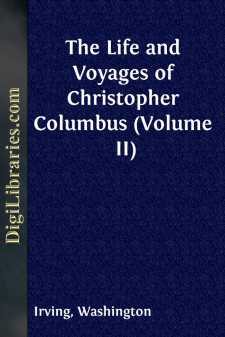 Administration of the Adelantado.—Expedition to the Province of Xaragua.

Columbus had anticipated repose from his toils on arriving at Hispaniola, but a new scene of trouble and anxiety opened upon him, destined to impede the prosecution of his enterprises, and to affect all his future fortunes. To explain this, it is necessary to relate the occurrences of the island during his long detention in Spain.

When he sailed for Europe in March, 1496, his brother, Don Bartholomew, who remained as Adelantado, took the earliest measures to execute his directions with respect to the mines recently discovered by Miguel Diaz on the south side of the island. Leaving Don Diego Columbus in command at Isabella, he repaired with a large force to the neighborhood of the mines, and, choosing a favorable situation in a place most abounding in ore, built a fortress, to which he gave the name of San Christoval. The workmen, however, finding grains of gold among the earth and stone employed in its construction, gave it the name of the Golden Tower. [1]

The Adelantado remained here three months, superintending the building of the fortress, and making the necessary preparations for working the mines and purifying the ore. The progress of the work, however, was greatly impeded by scarcity of provisions, having frequently to detach a part of the men about the country in quest of supplies. The former hospitality of the island was at an end. The Indians no longer gave their provisions freely; they had learnt from the white men to profit by the necessities of the stranger, and to exact a price for bread. Their scanty stores, also, were soon exhausted, for their frugal habits, and their natural indolence and improvidence, seldom permitted them to have more provisions on hand than was requisite for present support. [2] The Adelantado found it difficult, therefore, to maintain so large a force in the neighborhood, until they should have time to cultivate the earth, and raise live-stock, or should receive supplies from Spain. Leaving ten men to guard the fortress, with a dog to assist them in catching utias, he marched with the rest of his men, about four hundred in number, to Fort Conception, in the abundant country of the Vega. He passed the whole month of June collecting the quarterly tribute, being supplied with food by Guarionex and his subordinate caciques. In the following month (July, 1496) the three caravels commanded by Niño arrived from Spain, bringing a reinforcement of men, and, what was still more needed, a supply of provisions. The latter was quickly distributed among the hungry colonists, but unfortunately a great part had been injured during the voyage. This was a serious misfortune in a community where the least scarcity produced murmur and sedition.

By these ships the Adelantado received letters from his brother, directing him to found a town and sea-port at the mouth of the Ozema, near to the new mines. He requested him, also, to send prisoners to Spain such of the caciques and their subjects as had been concerned in the death of any of the colonists; that being considered as sufficient ground, by many of the ablest jurists and theologians of Spain, for selling them as slaves....