The Last Galley Impressions and Tales 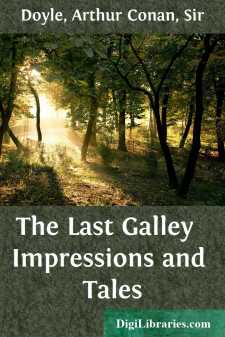 It was a spring morning, one hundred and forty-six years before the coming of Christ. The North African Coast, with its broad hem of golden sand, its green belt of feathery palm trees, and its background of barren, red-scarped hills, shimmered like a dream country in the opal light. Save for a narrow edge of snow-white surf, the Mediterranean lay blue and serene as far as the eye could reach. In all its vast expanse there was no break but for a single galley, which was slowly making its way from the direction of Sicily and heading for the distant harbour of Carthage.

Seen from afar it was a stately and beautiful vessel, deep red in colour, double-banked with scarlet oars, its broad, flapping sail stained with Tyrian purple, its bulwarks gleaming with brass work. A brazen, three-pronged ram projected in front, and a high golden figure of Baal, the God of the Phoenicians, children of Canaan, shone upon the after deck. From the single high mast above the huge sail streamed the tiger-striped flag of Carthage. So, like some stately scarlet bird, with golden beak and wings of purple, she swam upon the face of the waters—a thing of might and of beauty as seen from the distant shore.

But approach and look at her now! What are these dark streaks which foul her white decks and dapple her brazen shields? Why do the long red oars move out of time, irregular, convulsive? Why are some missing from the staring portholes, some snapped with jagged, yellow edges, some trailing inert against the side? Why are two prongs of the brazen ram twisted and broken? See, even the high image of Baal is battered and disfigured! By every sign this ship has passed through some grievous trial, some day of terror, which has left its heavy marks upon her.

And now stand upon the deck itself, and see more closely the men who man her! There are two decks forward and aft, while in the open waist are the double banks of seats, above and below, where the rowers, two to an oar, tug and bend at their endless task. Down the centre is a narrow platform, along which pace a line of warders, lash in hand, who cut cruelly at the slave who pauses, be it only for an instant, to sweep the sweat from his dripping brow. But these slaves—look at them! Some are captured Romans, some Sicilians, many black Libyans, but all are in the last exhaustion, their weary eyelids drooped over their eyes, their lips thick with black crusts, and pink with bloody froth, their arms and backs moving mechanically to the hoarse chant of the overseer. Their bodies of all tints from ivory to jet, are stripped to the waist, and every glistening back shows the angry stripes of the warders. But it is not from these that the blood comes which reddens the seats and tints the salt water washing beneath their manacled feet. Great gaping wounds, the marks of sword slash and spear stab, show crimson upon their naked chests and shoulders, while many lie huddled and senseless athwart the benches, careless for ever of the whips which still hiss above them....