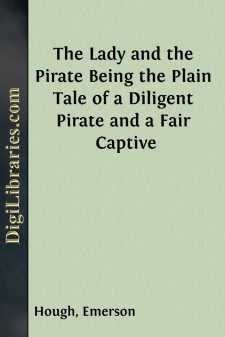 CHAPTER I IN WHICH I AM A CAITIFF

I WAS sitting at one of my favorite spots engaged in looking through my fly-book for some lure that might, perhaps, mend my luck in the afternoon’s fishing. At least, I had within the moment been so engaged; although the truth is that the evening was so exceptionally fine, and the spot always so extraordinarily attractive to me—this particular angle of the stream, where the tall birches stand, being to my mind the most beautiful bit on my whole estate—that I had forgotten all about angling and was sitting with rod laid by upon the bank, the fly-book scarce noted in my hand. Moreover, a peculiarly fine specimen of Anopheles, (as I took it to be) was at that very moment hovering over my hand, and I was anxious to confirm my judgment as well as to enlarge my collection of mosquitoes. I had my other hand in a pocket feeling for the little phial in which I purposed to enclose Anopheles, if I could coax him to alight. Indeed, I say, I was at that very moment as happy as a man need be; or, at least, as happy as I ever expected to be. Imagine my surprise, therefore, at that moment to hear a voice, apparently intended for me, exclaim, “Halt! Caitiff!”

I looked up, more annoyed than displeased or startled. It is not often one sees so fine a specimen of Anopheles; and one could have sworn that, but for my slight involuntary movement of the hand, he must have settled; after which—crede experto!—he would have been the same as in my phial, and doomed to the chloroform within the next hour. Besides, no matter who one may be or how engaged, it is not wholly seemly to be accosted as a caitiff, when one is on one’s own land, offending no man on earth, owing no debt and paying no tribute, feudal, commercial, military or personal, to any man on earth.

The situation seemed to me singular. Had the time been some centuries earlier, the place somewhere in the old world, such speech might have had better fitting. But the time was less than a year ago, the place was in America. I was on my own lands, in this one of our middle states. This was my own river; or at least, I owned the broad acres on both sides of it for some miles. And I was a man of no slinking habit, no repulsive mien, of that I was assured, but a successful American of means; lately a professional man and now a man of leisure, and not so far past thirty years of age. My fly-rod was the best that money can buy, and the pages of the adjacent book were handsomely stocked by the best makers of this country and each of the three divisions of Great Britain; in each of which—as well as in Norway, Germany, or for the matter of that, India, New Zealand, Alaska, Japan or other lands—I had more than once wet a line. My garb was not of leather jerkin, my buskins not of thonged straw, but on the contrary I was turned out in good tweeds, well cut by my London tailor. To be called offhand, and with no more reason than there was provocation, a “caitiff,” even by a voice somewhat treble and a trifle trembling, left me every reason in the world to be surprised, annoyed and grieved....