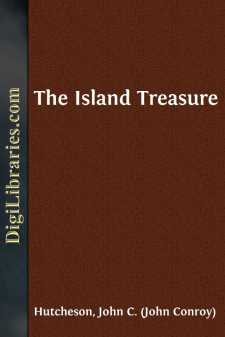 Off the Tuskar Light.

“All hands take in sail!”

Sharply shouted out in quick succession came these orders from Captain Snaggs, the hoarse words of command ringing through the ship fore and aft, and making even the ringbolts in the deck jingle—albeit they were uttered in a sort of drawling voice, that had a strong nasal twang, as if the skipper made as much use of his nose as of his mouth in speaking. This impression his thin and, now, tightly compressed lips tended to confirm; while his hard, angular features and long, pointed, sallow face, closely shaven, saving as to the projecting chin, which a sandy-coloured billy-goat beard made project all the more, gave him the appearance of a man who had a will of his own, aye, and a temper of his own, too, should anyone attempt to smooth him down the wrong way, or, in sea parlance, “run foul of his hawse!”

Captain Snaggs did not look particularly amiable at the present moment.

Standing by the break of the poop, with his lean, lanky body half bent over the rail, he was keeping one eye out to windward, whence he had just caught sight in time of the coming squall, looking down below the while at the hands in the waist jumping briskly to their stations and casting off the halliards with a will, almost before the last echo of his shout ‘let go!’ had ceased to roar in their ears; and yet the captain’s gaze seemed to gleam beyond these, over their heads and away forwards, to where Jan Steenbock, the second-mate, a dark-haired Dane, was engaged rousing out the port watch, banging away at the fo’c’s’le hatchway and likewise shouting, in feeble imitation of the skipper’s roar,—

But the men, who had only been relieved a short time before by the starboard watch, and had gone below for their dinner when ‘eight bells’ were struck, seemed rather loth at turning out again so soon for duty, the more especially as their caterer had just brought from the cook’s galley the mess kid, full of some savoury compound, the appetising odour of which filled the air, and, being wafted upwards from below, made even the swarthy second-mate feel hungry, as he peered down the hatchway and called out to the laggards to come on deck.

“It vas goot, ja,” murmured Jan Steenbock to himself, wiping his watering mouth with the back of his jacket sleeve and sniffing up a prolonged sniff of the odorous stew. “It vas goot, ja, and hart to leaf ze groob; but ze sheeps cannot wait, my mans; zo doomble oop dere! Doomble oop!”

Captain Snaggs, however, his watchful weather eye and quick intelligence taking in everything at a glance, liked the second-mate’s slowness of speech and action as little as he relished the men’s evident reluctance at hurrying up again on deck; for, although barely a second or two had elapsed from his first order to the crew, he grew as angry as if it had been a “month of Sundays,” his sallow face flushing with red streaks and his sandy billy-goat beard bristling like wire, every hair on end, just as a cat’s tail swells at the sight of a strange dog in its immediate vicinity when it puts up its back....