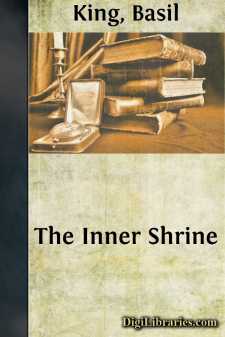 Though she had counted the strokes of every hour since midnight, Mrs. Eveleth had no thought of going to bed. When she was not sitting bolt upright, indifferent to comfort, in one of the stiff-backed, gilded chairs, she was limping, with the aid of her cane, up and down the long suite of salons, listening for the sound of wheels. She knew that George and Diane would be surprised to find her waiting up for them, and that they might even be annoyed; but in her state of dread it was impossible to yield to small considerations.

She could hardly tell how this presentiment of disaster had taken hold upon her, for the beginning of it must have come as imperceptibly as the first flicker of dusk across the radiance of an afternoon. Looking back, she could almost make herself believe that she had seen its shadow over her early satisfaction in her son's marriage to Diane. Certainly she had felt it there before their honeymoon was over. The four years that had passed since then had been spent—or, at least, she would have said so now—in waiting for the peril to present itself.

And yet, had she been called on to explain why she saw it stalking through the darkness of this particular June night, she would have found it difficult to give coherent statement to her fear. Everything about her was pursuing its normally restless round, with scarcely a hint of the exceptional. If life in Paris was working up again to that feverish climax in which the season dies, it was only what she had witnessed every year since the last days of the Second Empire. If Diane's gayety was that of excitement rather than of youth, if George's depression was that of jaded effort rather than of satiated pleasure, it was no more than she had seen in them at other times. She acknowledged that she had few facts to go upon—that she had indeed little more than the terrified prescience which warns the animal of a storm.

There were moments of her vigil when she tried to reassure herself with the very tenuity of her reasons for alarm. It was a comfort to think how little there was that she could state with the definiteness of knowledge. In all that met the eye George's relation to Diane was not less happy than in the first days of their life together. If, on Diane's part, the spontaneity of wedded love had gradually become the adroitness of domestic tact, there was nothing to affirm it but Mrs. Eveleth's own power of divination. If George submitted with a blinder obedience than ever to each new extravagance of Diane's Parisian caprice, there was nothing to show that he lived beyond his means but Mrs. Eveleth's maternal apprehension. His income was undoubtedly large, and, for all she knew, it justified the sumptuous style Diane and he kept up. Where the purchasing power of money began and ended was something she had never known. Disorder was so frequent in her own affairs that when George grew up she had been glad to resign them to his keeping, taking what he told her was her income. As for Diane, her fortune was so small as to be a negligible quantity in such housekeeping as they maintained—a poverty of dot which had been the chief reason why her noble kinsfolk had consented to her marriage with an American....