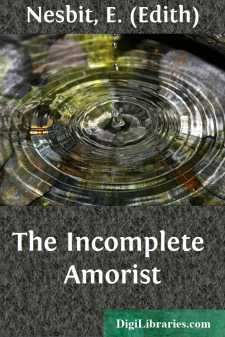 CHAPTER I. THE INEVITABLE.

"No. The chemises aren't cut out. I haven't had time. There are enough shirts to go on with, aren't there, Mrs. James?" said Betty.

"We can make do for this afternoon, Miss, but the men they're getting blowed out with shirts. It's the children's shifts as we can't make shift without much longer." Mrs. James, habitually doleful, punctuated her speech with sniffs.

"I try to be what's fitting," said Mrs. James, complacently.

"Talk of fitting," said Betty, "If you like I'll fit on that black bodice for you, Mrs. Symes. If the other ladies don't mind waiting for the reading a little bit."

"I'd as lief talk as read, myself," said a red-faced sandy-haired woman; "books ain't what they was in my young days."

"If it's the same to you, Miss," said Mrs. Symes in a thick rich voice, "I'll not be tried on afore a room full. If we are poor we can all be clean's what I say, and I keeps my unders as I keeps my outside. But not before persons as has real imitation lace on their petticoat bodies. I see them when I was a-nursing her with her fourth. No, Miss, and thanking you kindly, but begging your pardon all the same."

"Don't mention it," said Betty absently. "Oh, Mrs. Smith, you can't have lost your thimble already. Why what's that you've got in your mouth?"

"So it is!" Mrs. Smith's face beamed at the gratifying coincidence. "It always was my habit, from a child, to put things there for safety."

"These cheap thimbles ain't fit to put in your mouth, no more than coppers," said Mrs. James, her mouth full of pins.

"Oh, nothing hurts you if you like it," said Betty recklessly. She had been reading the works of Mr. G.K. Chesterton.

"Oh, Miss, what about the publy kows?" said Mrs. Symes heavily. The others nodded acquiescence.

"Don't you think we might have a window open?" said Betty. The May sunshine beat on the schoolroom windows. The room, crowded with the stout members of the "Mother's Meeting and Mutual Clothing Club," was stuffy, unbearable.

A murmur arose far more shocked than the first.

"I was just a-goin' to say why not close the door, that being what doors is made for, after all," said Mrs. Symes. "I feel a sort of draught a-creeping up my legs as it is."

The door was shut.

"You can't be too careful," said the red-faced woman; "we never know what a chill mayn't bring forth. My cousin's sister-in-law, she had twins, and her aunt come in and says she, 'You're a bit stuffy here, ain't you?' and with that she opens the window a crack,—not meaning no harm, Miss,—as it might be you. And within a year that poor unfortunate woman she popped off, when least expected. Gas ulsters, the doctor said. Which it's what you call chills, if you're a doctor and can't speak plain."

"My poor grandmother come to her end the same way," said Mrs. Smith, "only with her it was the Bible reader as didn't shut the door through being so set on shewing off her reading. And my granny, a clot of blood went to her brain, and her brain went to her head and she was a corpse inside of fifty minutes."

Every woman in the room was waiting, feverishly alert, for the pause that should allow her to begin her own detailed narrative of disease....