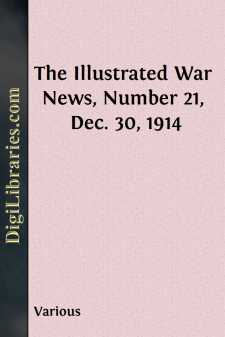 In reviewing the events of the last week throughout the world-wide area of war, let us begin with the Dark Continent, where everything went in our favour—very brilliantly so. First of all, then, we may now be said to have completed our conquest of the German Cameroon country by taking possession of the whole of the railway which runs northward from Bonabari, and is now in the hands of our troops. A similar fate is reserved, at no distant date, for German South Africa, against which General Botha—a man no less brave and dashing as a soldier than sagacious as a statesman—is preparing to lead a conquering force. Having stamped out the rebellion within the Union itself—crushing it literally like a beetle—he is now addressing himself to the task—a harder one, perhaps, but still certain of achievement—of making an end of the bad neighbourhood of the Germans in the vast region forming the Hinterland of Lüderitz Bay, which is already in our possession, and rendering it impossible for them in the future to intrigue from that quarter against the peace and stability of the Union. The court-martialling and prompt execution at Pretoria of the rebel leader, Captain Fourie, shows what the Union Government is minded to do pour décourager les autres. The rebellion was promptly and energetically suppressed—though not without a Union loss of 334, including more than 100 deaths; while in German South Africa, the casualties had also risen to a total of some 370. The rebels had more than 170 killed, over 300 wounded, and 5500 prisoners—which was thus a very creditable bit of work, as brilliant as it was brief, in the rounding-up of rebels against the unity of the Empire.

At the opening of the French Chamber on the 22nd, M. Viviani, the Premier, expressed the national resolve to continue the war till the cause of the Allies is won.—[Photo. Topical.]

Admiral Sir George Callaghan was Commander-in-Chief of the Home Fleet from 1911 till the war began. He has since been on the War Staff at the Admiralty.—[Photo. Heath.]

Quite of a piece with the doing of this job in South Africa was the disposal of another overt enemy against our authority at the other extremity of the Dark Continent—in the person of the Khedive, Abbas II., who has now been replaced by Prince Hussein Kamel Pasha as the nominal Sultan of Egypt—under our protection and power. No change of the kind was ever brought about with so much statesmanlike wisdom and such little friction, or with so much hearty approval from all sides—except, of course, that of the Turks and their German backers, for whom the change of regime, effected as it was by a simple stroke of Sir Edward Grey's masterly pen, was a most painful slap....