The History of Cuba, vol. 1 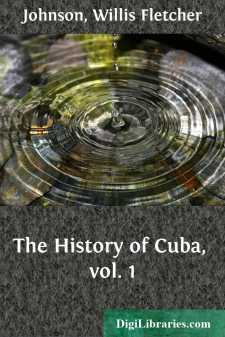 It is my purpose in these volumes to write a History of Cuba. The title may imply either the land and its natural conditions, or the people and the nation which inhabit it. It in fact implies both, and to both I shall address myself, though it will appropriately be with the latter rather than with the former that the narrative will be most concerned. For it is with Cuba as with other countries: In the last supreme analysis the people make the history of the land. Apart from the people, it is true, the Island of Cuba is of unusual interest. There are few countries of similar extent comparable with it in native variety, charm and wealth. There are few which contribute more, actually and potentially, to the world's supplies of greatly used products. One of the most universally used and prized vegetable products became first known to mankind from Cuba, and there to this day is most profusely and most perfectly grown and prepared; while another, one of the most universally used and essential articles of food, is there produced in its greatest abundance. There also may be found an immense number and bewildering variety of the most serviceable articles in both the vegetable and mineral kingdoms, in noteworthy profusion and perfection, together with possibilities and facilities for a comparable development of the animal kingdom.

Nor is the geographical situation of the island less favorable or less inviting than its natural resources. Lying just within the Torrid Zone, it has a climate which combines the fecund influences of the tropics with the agreeable moderation of the Temperate Zones. It fronts at once upon the most frequented ocean of the globe and upon two of the greatest and most important semi-inland seas. It lies directly between the two great continents of the Western Hemisphere, with such supremely fortunate orientation that travel and commerce between them naturally skirt and touch its shores rather than follow the longer and more difficult route by land which is the sole alternative. A line drawn from the heart of the United States to the heart of South America passes through the heart of Cuba. A line drawn from the mouth of the Mississippi to the mouth of the Amazon traverses Cuba almost from end to end. Circled about the island and fronting on the narrow seas which divide them from it are the territories of no fewer than fourteen independent national sovereignties. It lies, moreover, directly in the path of the world's commerce between the two great oceans, the Atlantic and the Pacific, by the way of that gigantic artificial waterway which, created largely because of Cuba, was the fulfilment of the world's four centuries of effort and desire. There is scarcely a more suggestive and romantic theme in the world's history than this: That Columbus made his epochal adventure for the prime purpose of finding a passageway from the Atlantic to the Pacific; or rather from Europe to Asia by way of the Atlantic, since he assumed the Atlantic and the Pacific to be one; that, failing to find that non-existent passageway, he found Cuba instead and imagined that he had found therein the fulfilment of his dreams; that four centuries later that passageway was artificially provided through the enterprise and energy of a power which in his day had not yet come into existence; and that this transcendent deed was accomplished largely because of Cuba and because of the conflict through which that island violently divorced herself from the imperial sovereignty which Columbus had planted upon her shores....