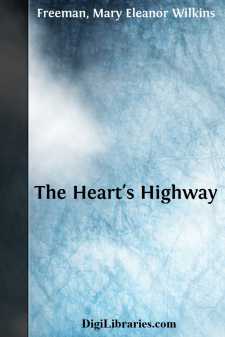 In 1682, when I was thirty years of age and Mistress Mary Cavendish just turned of eighteen, she and I together one Sabbath morning in the month of April were riding to meeting in Jamestown. We were all alone except for the troop of black slaves straggling in the rear, blurring the road curiously with their black faces. It seldom happened that we rode in such wise, for Mistress Catherine Cavendish, the elder sister of Mistress Mary, and Madam Cavendish, her grandmother, usually rode with us—Madam Judith Cavendish, though more than seventy, sitting a horse as well as her granddaughters, and looking, when viewed from the back, as young as they, and being in that respect, as well as others, a wonder to the countryside. But it happened to-day that Madam Cavendish had a touch of the rheumatics, that being an ailment to which the swampy estate of the country rendered those of advanced years somewhat liable, and had remained at home on her plantation of Drake Hill (so named in honour of the great Sir Francis Drake, though he was long past the value of all such earthly honours). Catherine, who was a most devoted granddaughter, had remained with her—although, I suspected, with some hesitation at allowing her young sister to go alone, except for me, the slaves being accounted no more company than our shadows. Mistress Catherine Cavendish had looked at me after a fashion which I was at no loss to understand when I had stood aside to allow Mistress Mary to precede me in passing the door, but she had no cause for the look, nor for the apprehension which gave rise to it. By reason of bearing always my burthen upon my own back, I was even more mindful of it than others were who had only the sight of it, whereas I had the sore weight and the evil aspect in my inmost soul. But it was to be borne easily enough by virtue of that natural resolution of a man which can make but a featherweight of the sorest ills if it be but put in the balance against them. I was tutor to Mistress Mary Cavendish, and I had sailed from England to Virginia under circumstances of disgrace; being, indeed, a convict.

I knew exceeding well what was my befitting deportment when I set out that Sabbath morning with Mistress Mary Cavendish, and not only upon that Sabbath morning but at all other times; still I can well understand that my appearance may have belied me, since when I looked in a glass I would often wonder at the sight of my own face, which seemed younger than my years, and was strangely free from any recording lines of experiences which might have been esteemed bitter by any one who had not the pride of bearing them. When my black eyes, which had a bold daring in them, looked forth at me from the glass, and my lips smiled with a gay confidence at me, I could not but surmise that my whole face was as a mask worn unwittingly over a grave spirit. But since a man must be judged largely by his outward guise and I had that of a gay young blade, I need not have taken it amiss if Catherine Cavendish had that look in her eyes when I set forth with her young sister alone save for those dark people which some folk believed to have no souls.

I rode a pace behind Mary Cavendish, and never glanced her way, not needing to do so in order to see her, for I seemed to see her with a superior sort of vision compounded partly of memory and partly of imagination. Of the latter I had, not to boast, though it may perchance be naught to boast of, being simply a kind of higher folly, a somewhat large allowance from my childhood. But that was not to be wondered at, whether it were to my credit or otherwise, since it was inherited from ancestors of much nobler fame and worthier parts than I, one of whom, though not in the direct line, the great Edward Maria Wingfield, the president of the first council of the Dominion of Virginia, having written a book which was held to be notable. This imagination for the setting forth and adorning of all common things and happenings, and my woman's name of Maria, my whole name being Harry Maria Wingfield, through my ancestor having been a favourite of a great queen, and so called for her honour, were all my inheritance at that date, all the estates belonging to the family having become the property of my younger brother John.

But when I speak of my possessing an imagination which could gild all the common things of life, I meant not to include Mistress Mary Cavendish therein, for she needed not such gilding, being one of the most uncommon things in the earth, as uncommon as a great diamond which is rumoured to have been seen by travellers in far India. My imagination when directed toward her was exercised only with the comparing and combining of various and especial beauties of different times and circumstances, when she was attired this way or that way, or was grave or gay, or sweetly helpless and clinging or full of daring. When, riding near her, I did not look at her, she seemed all of these in one, and I was conscious of such a great dazzle forcing my averted eyes, that I seemed to be riding behind a star.

I knew full well, though, as I said before, not studying the matter, just how Mistress Mary Cavendish sat her horse, which was a noble thoroughbred from England, though the one which I rode was a nobler, she having herself selected him for my use....